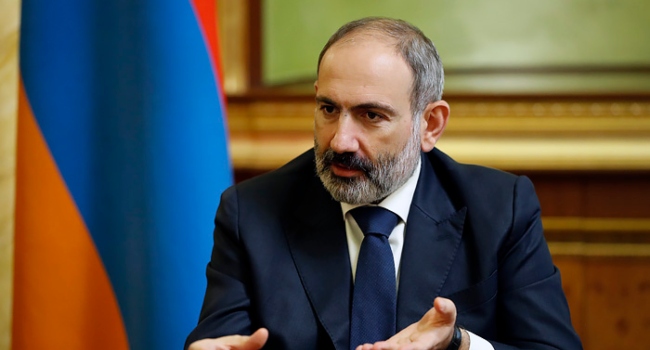 Armenian Prime Minister Nikol Pashinyan on Thursday denounced “an attempted military coup” and called on supporters to take to the streets, after the country’s top brass demanded his resignation.

“I consider the statement of the General Staff of the Armed Forces an attempted military coup. I invite all of our supporters to Republic Square right now,” he wrote on Facebook, referring to a central square in the capital Yerevan.

Pashinyan also fired the head of the general staff Onik Gasparyan, after his office released a statement demanding the prime minister and his cabinet step down after the sacking of deputy chief of staff Tigran Khachatryan on Wednesday.

Khachatryan had ridiculed claims by Pashinyan that Iskander missiles supplied by Russia — Armenia’s main military ally — had failed to hit targets during last year’s war over the disputed Nagorno-Karabakh region.

The statement said the firing was made “exclusively on the basis of the personal feelings and ambitions” of Pashinyan.

Pashinyan and his government “are not capable of taking adequate decisions,” the statement said, denouncing “attacks by the authorities aimed at discrediting the Armed Forces.”

Accused of mishandling the war with Azerbaijan over Nagorno-Karabakh, Pashinyan has resisted pressure to step down since November, when he signed a Russian-brokered peace deal that ended six weeks of fighting that had claimed some 6,000 lives.

Under the deal Armenia ceded to Azerbaijan swathes of the region’s territories.

Opposition parties have since staged mass rallies demanding his resignation and were also making calls for supporters to rally on Thursday.