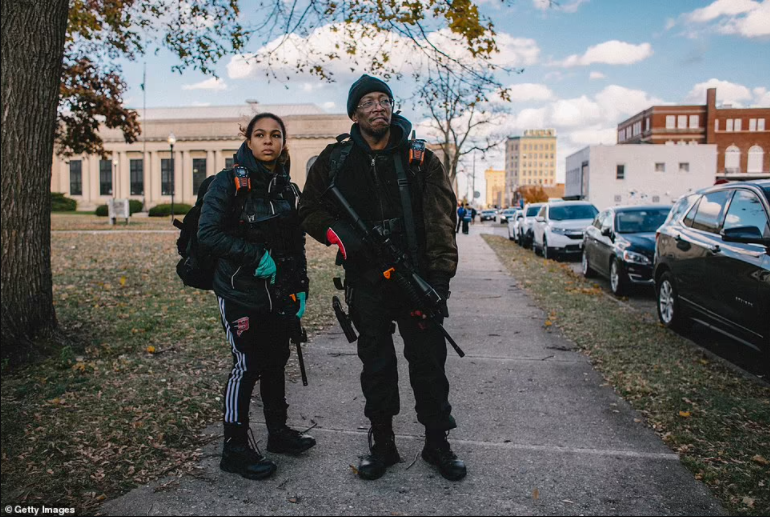 A father-daughter duo armed with AR-15s joined the crowds of protestors on Sunday to march outside the Kenosha County Courthouse against the Kyle Rittenhouse decision.

Dozens of people took to the streets in Wisconsin to protest against the decision to acquit Rittenhouse, 18, on all charges, two counts of homicide, one count of attempted homicide for wounding a third man, and two counts of recklessly endangering safety, after he killed two white men and injured a third last August during BLM protests – arguing he did so in self-defense. 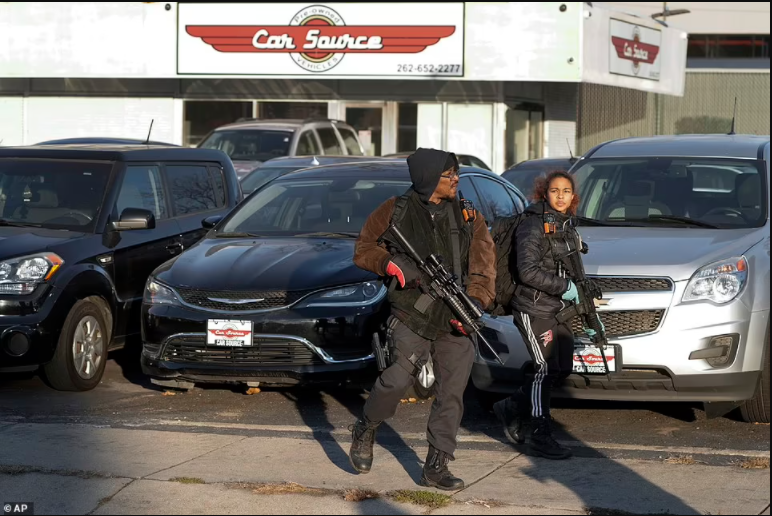 The verdict was delivered at the Kenosha courthouse on Friday following four days of deliberations by the jury – with Rittenhouse seen shake as he fought back tears.

In response to the verdict – which has divided the nation – angry demonstrators,took to the streets in Kenosha on Sunday outside the County Courthouse to express their own fury.

Joining the crowds were Erick Jordan, 50, and his daughter Jade, 16, who said they were patrolling the demonstration, of around 75 people, with weapons to protect the protestors. 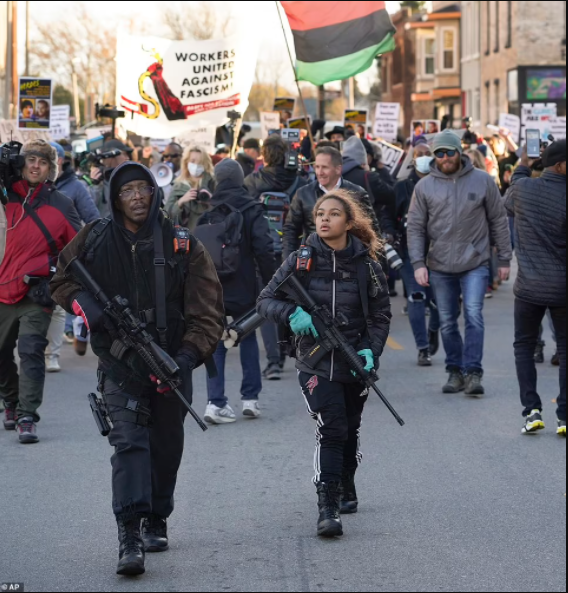 Speaking to the NY Post, Jordan said: ‘We just do security for different groups. We’re doing a favor for them.’

He went on to explain that he and his daughter had been invited by those who had organised the march – which saw some people carrying signs which read ‘the whole system is guilty’ and ‘cops and fascists give license to kill in the USA!’.

The 50-year-old said that he had trained daughter Jade to use firearms from the age of four, but that he had only allowed her to touch a weapon when she reached 14. 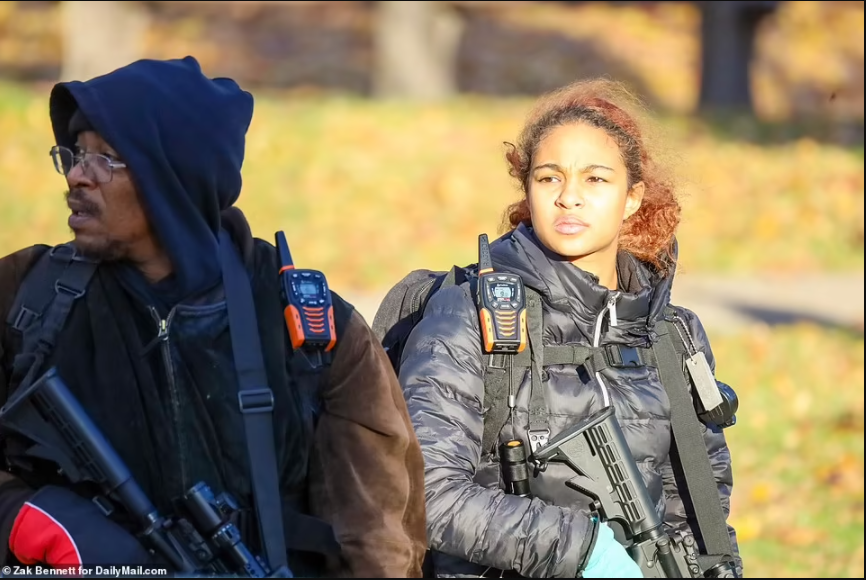 The pair said that they had been protecting a restaurant and two parking lots in the area on the night that the Rittenhouse shootings took place.

And commenting on the incident, Jade said she ‘probably wouldn’t have fired my weapon’.