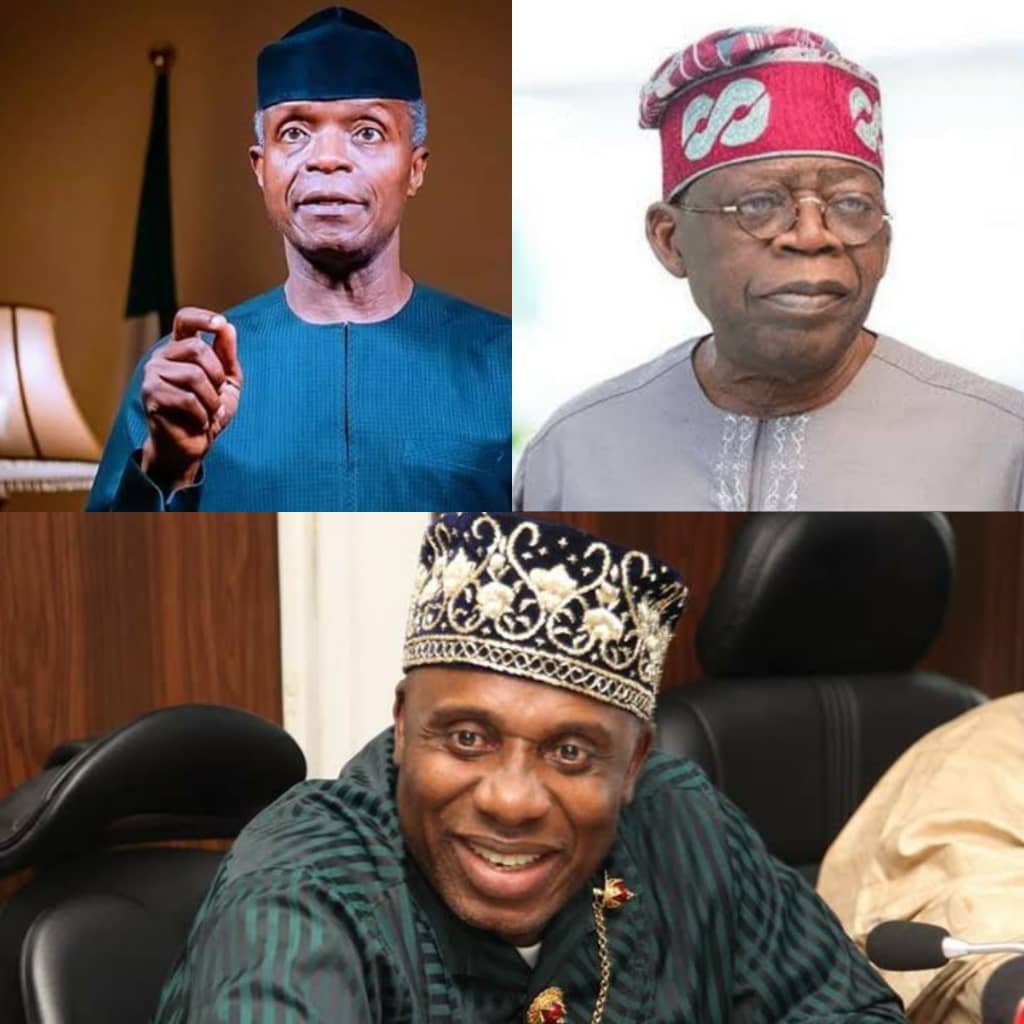 All Progressives Congress( APC) governors have further pruned down the list of proposed presidential aspirants to three.

The Governors in the early hours of Tuesday proposed a five-man list of aspirants to President Muhammadu Buhari to consider for consensus.

However, the Nation reports that the governors have further pruned the list to three aspirants namely Tinubu, Osibanjo and Amaechi.

The proposal is however not a binding decision but a suggestion to President Buhari who has requested them to assist prune down the 23 aspirants for consensus.

However, other aspirants, particularly Kayode Fayemi and Yahaya Bello, are kicking against the selection, stating that they are still in the race.