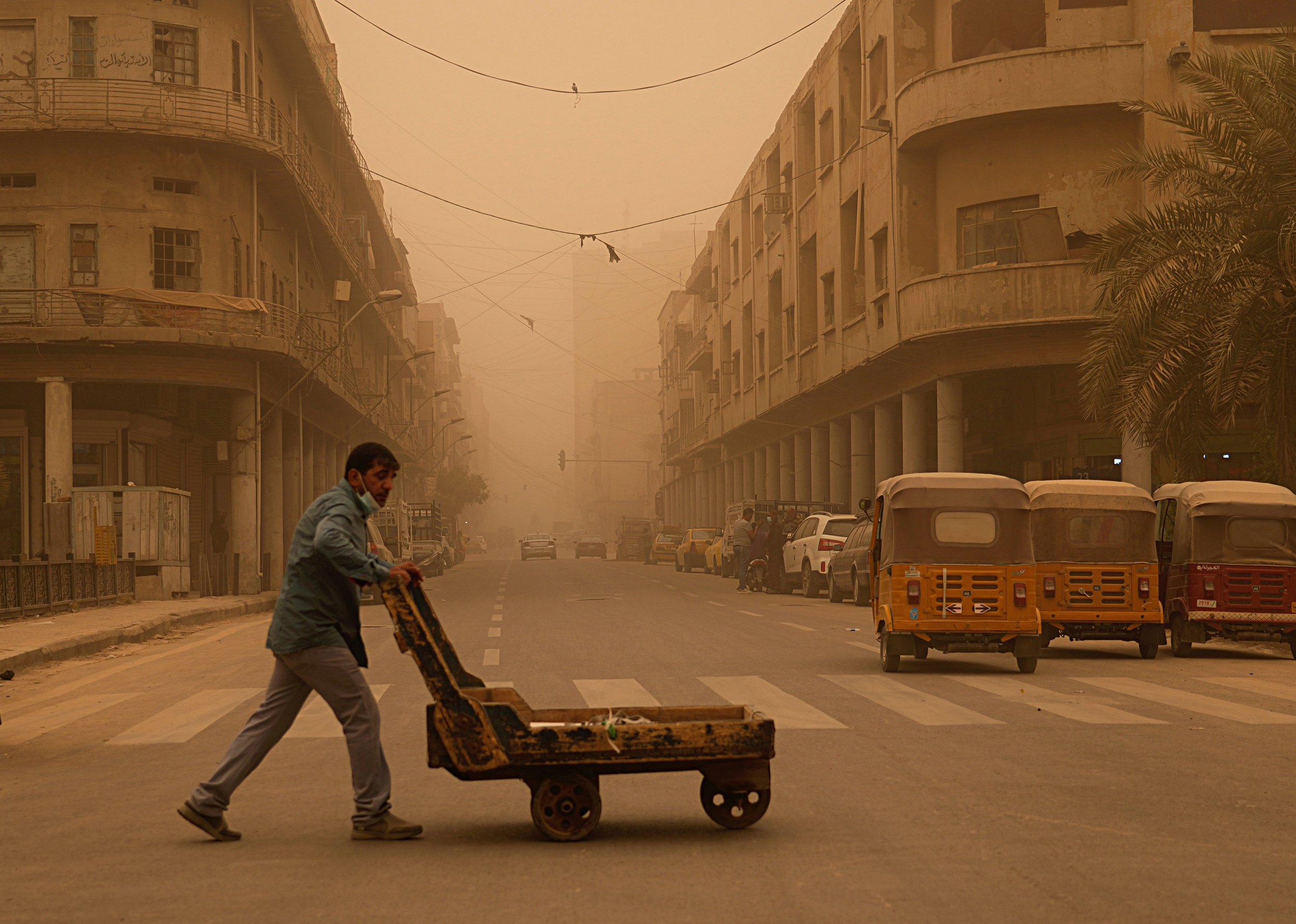 For the second time this month, Kuwait International Airport suspended all flights Monday because of the dust. Video showed largely empty streets with poor visibility.

Saudi Arabia’s meteorological association reported that visibility would drop to zero on the roads in Riyadh, the capital, this week. Officials warned drivers to go slowly. Emergency rooms in the city were flooded with 1,285 patients this month complaining they couldn’t breathe properly.

Iran last week shut down schools and government offices in the capital of Tehran over a sandstorm that swept the country. It hit hardest in the nation’s southwest desert region of Khuzestan, where over 800 people sought treatment for breathing difficulties. Dozens of flights out of western Iran were canceled or delayed.

Blame over the dust storms and heavy air pollution has mounted, with a prominent environmental expert telling local media that climate change, drought and government mismanagement of water resources are responsible for the increase in sandstorms. Iran has drained its wetlands for farming — a common practice known to produce dust in the region.

Alireza Shariat, the head of an association of Iranian water engineers, told Iran’s semiofficial ILNA news agency last month that he expected extensive dust storms to become an “annual springtime phenomenon” in a way Iran has never seen before.

In Iraq, desertification exacerbated by record-low rainfall is adding to the intensity of storms, said Jotheri, the geoarchaeologist. In a low-lying country with plenty of desert regions, the impact is almost double, he said.

“Because of 17 years of mismanagement of water and urbanization, Iraq lost more than two thirds of its green cover,” he said. “That is why Iraqis are complaining more than their neighbors about the sandstorms in their areas.”