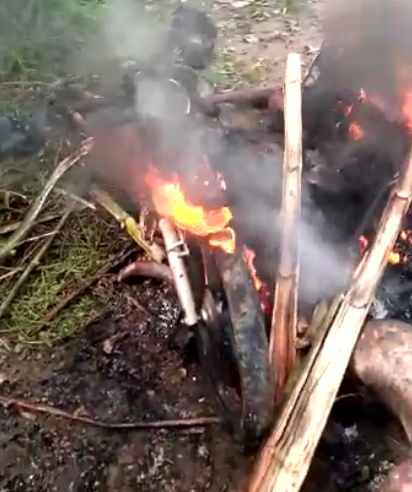 It was gathered that a 7-man gang allegedly broke into a shop at about 3am on Saturday, October 17, and made away with electronic gatgets worth thousands of naira and undisclosed amount of money.

The youths of the community laid ambush for the suspects. In the process, five of them were apprehended them while two managed to escape leaving the rest to face jungle justice.

A very disturbing and gory video from the scene shows the remains of the suspected robbers and a motorcycle in flames. The head of one of the suspects was missing from his neck.

Meanwhile, one of the youths condemned the act, describing it as inhumane and barbaric while calling on the Nigerian police to immedately arrest the perpetrators. 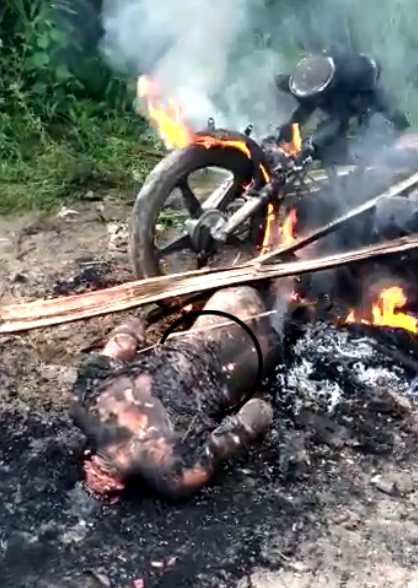 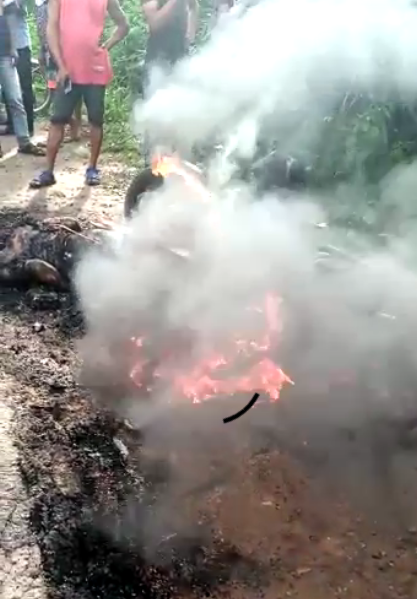 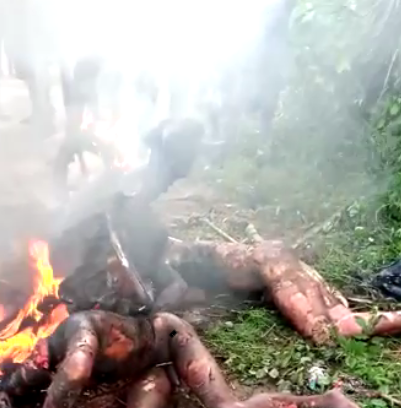 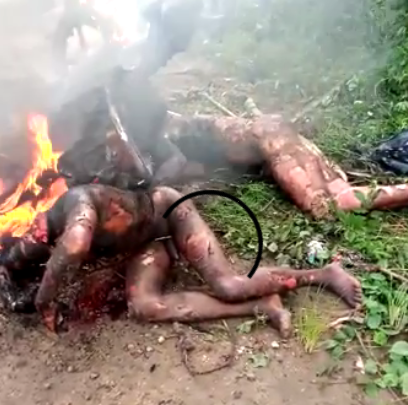 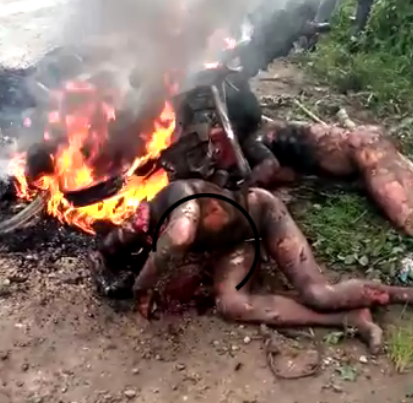 Makinde Directs Reopening Of Schools in Ibadan After #EndSARS Protests