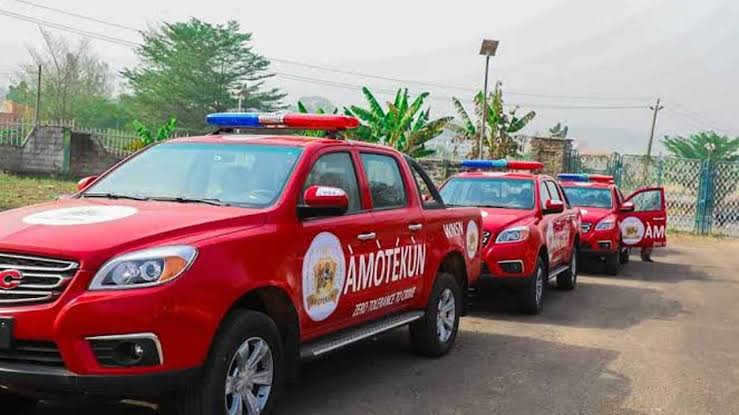 Illegal occupants of Elegbeka Forest Reserve located along Benin/Owo Highway were apprehended following a tip-off from members of the public.

Commander of Amotekun Corps in Ondo State, Adetunji Adeleye said those apprehended were brought to Amotekun headquarters in Akure where they were further questioned and profiled.

Adeleye disclosed that majority of them said they were from the northern part of the country, and could not state their mission in the state.

The Commander also revealed that it was uncovered that the illegal occupants were conniving with others in the area in order to settle down illegally in the government forest reserve. They will now be sent back to where they came from.