Former Big Brother Naija housemate, Alex Unusual reacts to the viral video of a girl being slapped on her face by her boyfriend. 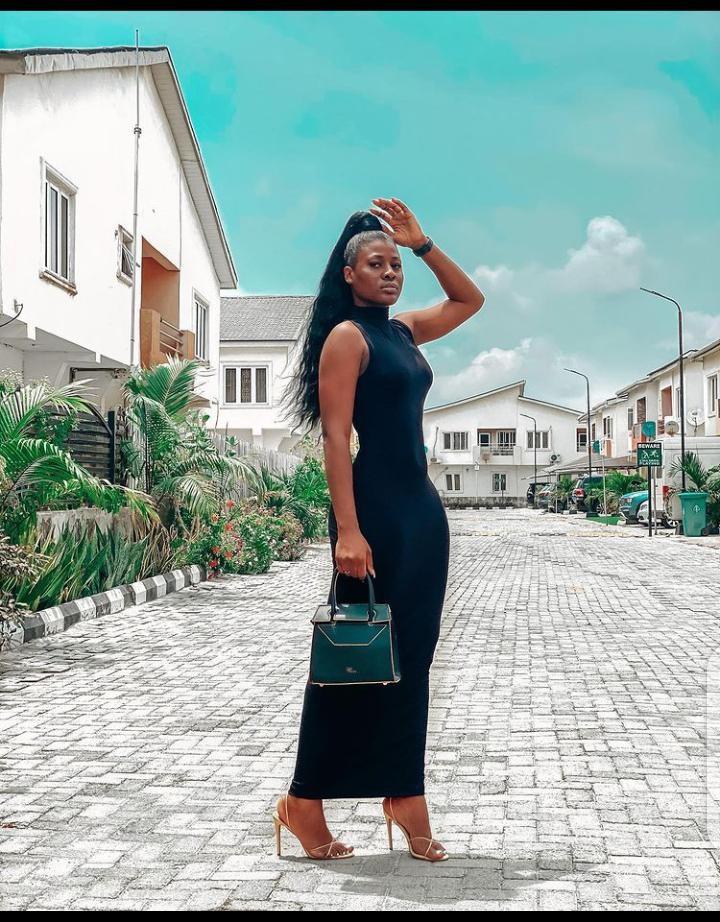 Yesterday, a video was making rounds on social media where a girl was caught in a hotel cheating on her boyfriend.

Her boyfriend and his friends surrounded her in the hotel room and asked for an explanation of why she committed the act.

The young girl claims she cheated because her boyfriend cheats, too. 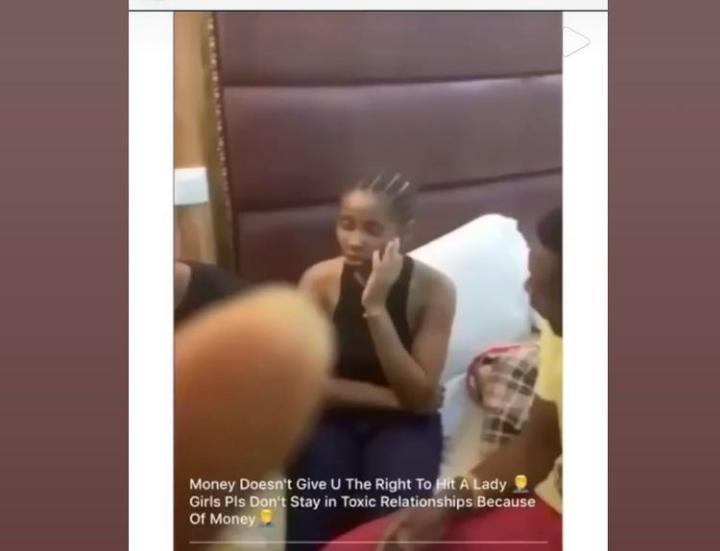 However, this didn’t augur well with him as he slapped her in the face.

In anger, he said, she doesn’t have the right to cheat, rather only he does, and this is because he is a man.

Alex Unusual has taken to her Instagram stories to react to this video:

“Who trained these stupid excuses for men? They all should be arrested. I’ll never advise anyone to pay back by cheating because mehn, your body is too precious for that but in this case, how dare you hit her?

“Then you use that sentence…

“You are a worthless animal !!! A disgusting thing.

“The one shouting“ They no they give you money? Deserves a resounding slap. The trash in human forms. Tufiakwa.”

Here’s a snapshot of what she wrote. 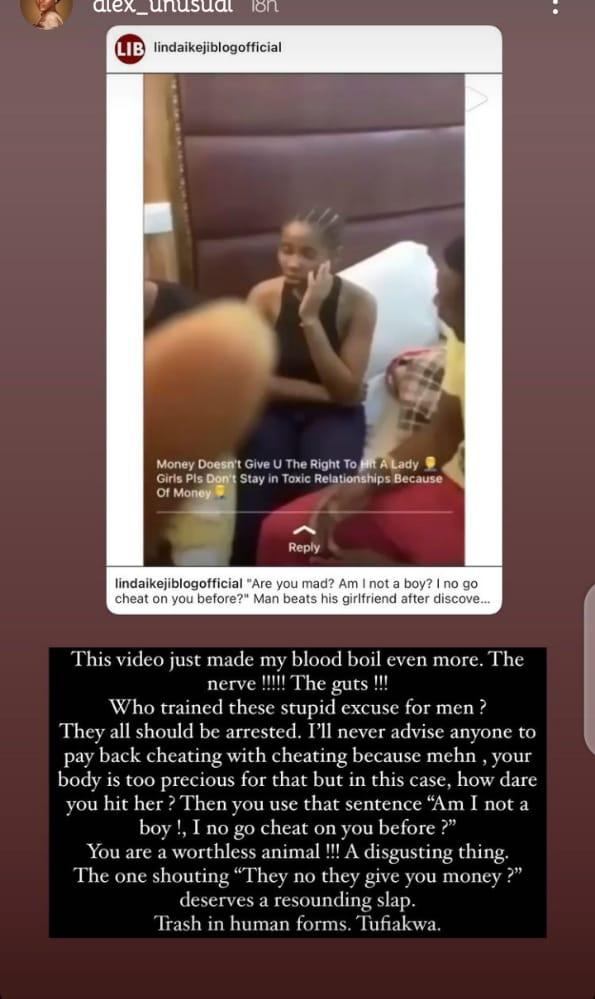