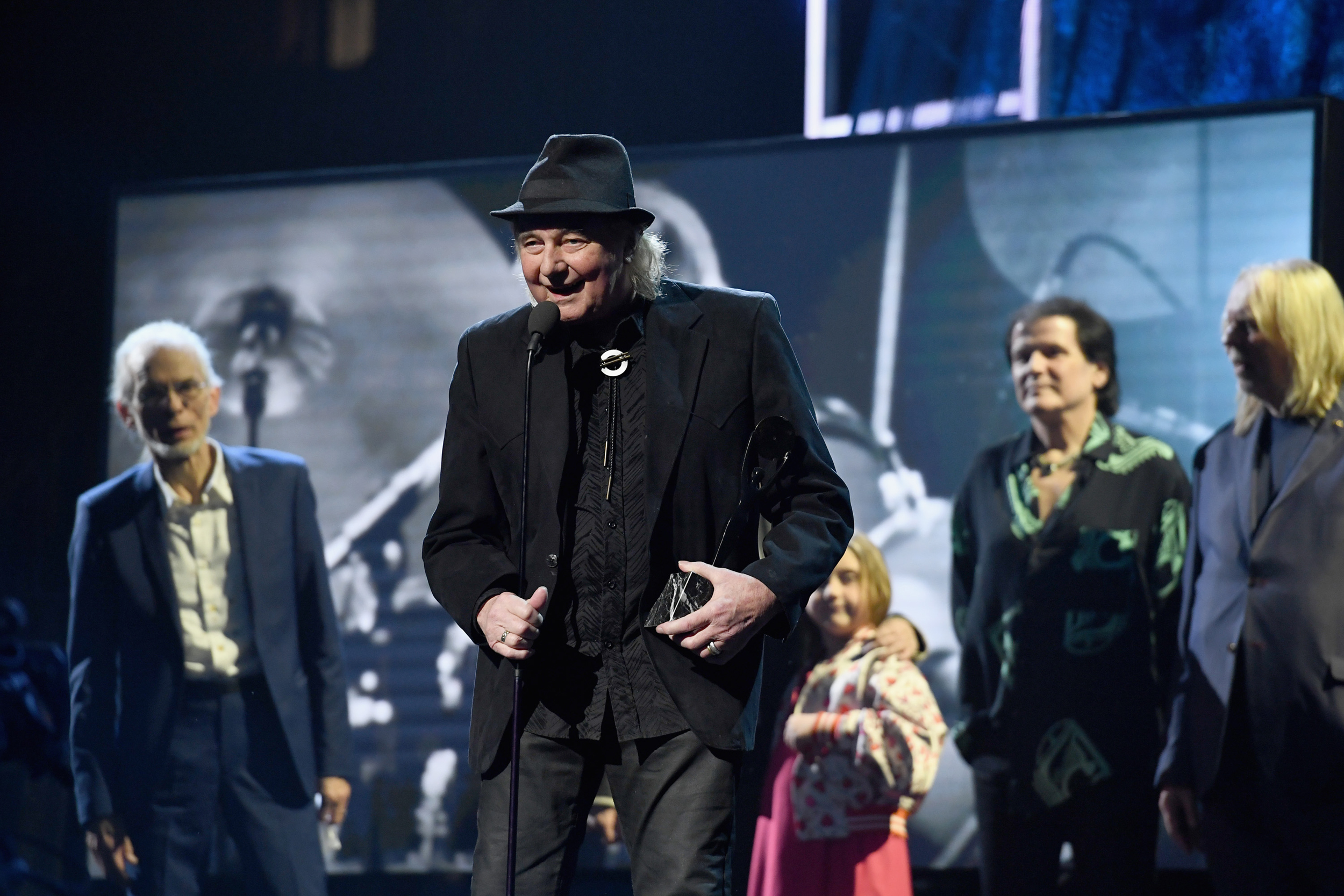 SEATTLE — Alan White, the longtime drummer for progressive rock pioneers Yes who also played on projects with John Lennon and George Harrison, has died. He was 72.

White’s death was announced on his Facebook page by his family. The post said he died at his Seattle-area home Thursday after a brief illness. Just days earlier Yes had announced that due to health issues White would not take part in the band’s upcoming tour of the United Kingdom to celebrate the 50th anniversary of the iconic album “Close to the Edge.”

White joined Yes in 1972, replacing original drummer Bill Bruford. In a band noted for frequent lineup changes, White was a constant and was inducted into the Rock and Roll Hall of Fame as a member of Yes in 2017.

Though he didn’t play on “Close to the Edge,” he performed on every subsequent Yes studio album over nearly five decades, including the band’s latest release, “The Quest,” which came out last year.

White stayed with the band through its many iterations. A trailblaizing act in the progressive rock scene in England that grew in popularity in the early 1970s alongside bands like Genesis, Pink Floyd and Jethro Tull, Yes was especially known for its intricate arrangements and the musical skill of its individual members.

When progressive rock fell out of fashion in the late 1970s many of the bands associated with the genre struggled.

Following another lineup change, Yes, with White still behind the drum kit, reinvented itself in the 1980s as a harder-edged band that appealed to younger listeners more attuned to heavy metal and the visual cues of music videos. In 1983 Yes released the smash hit album “90125.”

A longtime Seattle-area resident, White was born in Pelton, County Durham, England, in 1949. His family said he began piano lessons at age 6 and playing the drums when he was 12.

White played with bands in England throughout the 1960s. In 1969, he was asked by John Lennon to join his Plastic Ono Band. In an interview with The Seattle Times in 2021, White said he thought the call from the famous Beatle was a prank.

“A voice announced, ‘Hello, this is John Lennon,’” White said. “I thought it was a mate pulling my leg, put the receiver down, and went back to the kitchen.”

In the statement announcing his death, his family wrote: “Alan was many things to many people: a certified rock star to fans around the world; band mate to a select few, and gentleman and friend to all who met him.”