Universities workers at the Akwa Ibom State University, Ikot Akpaden, in Mkpat Enin Local Government Area, has called off its seven-week-old industrial action on Wednesday, June 9, 2021, after reaching an agreement with the state government.

The workers’ unions comprising of Academic Staff of Universities, Senior Staff Association of Nigerian Universities, the National Association of Technologists, and the Non-Academic Staff Union of Educational and Associated Institutions, had since April 19, 2021, embarked on an indefinite strike over 25 percent unpaid salary arrears, unpaid leave allowance, and payment of salaries on a percentage basis. 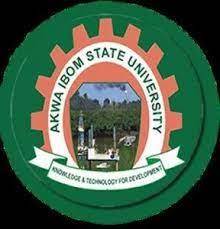 The strike was called off after a meeting convened on Monday by the Akwa Ibom Assembly House Committee on Education led by Hon. Godwin Ekpo, with the management of AKSU led by the VC Prof. Nse Essien, Heads of the four labor unions led by Dr. Ime Okop, and the Commissioner for Education, Mr. Idongesit Etiebet.

As part of the agreement for the suspension of the strike, the state government would commence the full payment of the workers’ salaries and the payment of the leave allowance, payment of the 25 percent salary arrears of 11 months owed to workers in tranches and that the payment is rounded up by December 2021, amongst others.

Three Of Seven Candidates Pull Out Of Iran Presidential Race –...

Seyi Shay Speaks On How She’s Pressured To Get Married And...