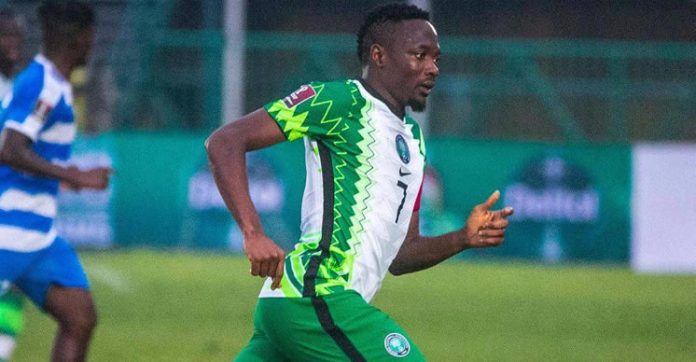 On his Instagram page, the footballer shared photos of his mother and pictures from her burial ceremony.

In the caption, he stated how much he missed his mother, adding that he thought about her daily following her demise.

Musa noted that he was confident that the deceased was in a better place “looking down on us all”.

Stating that his mother’s death left a void, the footballer added that he was doing all he could to make her proud.

Musa wrote, “Dear mum, it’s been four years without you and not a single day passs without me thinking about you.

“The void you have left is so evident but I am grateful because I am doing all I can to make you proud. We all miss you dearly.

“My confidence is that you are in a better place looking down on us all. I miss you beyond words can express. Rest well mum.”

Musa lost his mother on January 24, 2019 and had announced her death via his Twitter page.

“What a sad day of my life. I just lost my mum,” read Musa’s announcement.