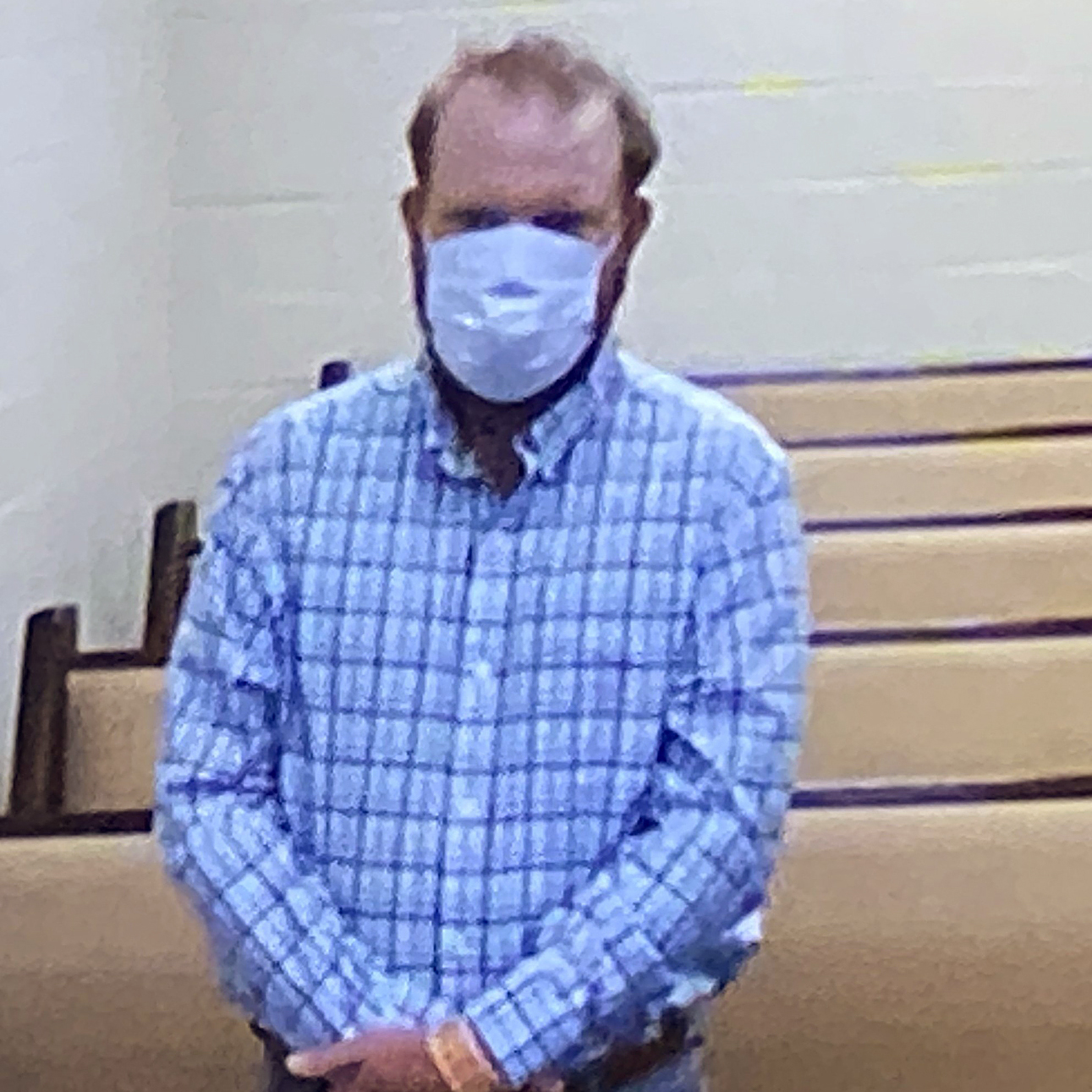 Lawyers for the father and son accused of chasing and killing Ahmaud Arbery in February 2020 have asked a judge in Georgia to ban photo evidence of a vanity license plate, which includes a Confederate emblem, that was on the pickup truck they used to pursue him.

The men — Gregory McMichael and his son, Travis McMichael — claimed in the motion filed Sept. 30 in Glynn County Superior Court that photo evidence of the license plate on Travis McMichael’s pickup truck “is not relevant and would be prejudicial.”

The motion alleged that prosecutors plan to introduce the photo to “draw the conclusion” that when Arbery, a Black man, saw the license plate, “he interpreted its meaning” and feared the McMichaels and that is why he ran away from them. Additionally, the McMichaels’ attorneys claim prosecutors will use the photo to “create the inference” that Travis McMichael used the license plate to “telegraph some reprehensible motive, bias, or prejudice,” which they contend is not true.

Jury selection in the trial is scheduled to start Oct. 18.

Prosecutors requested the motion be denied. In a motion filed this month, prosecutors said the state will present the facts of the case, one of which, they said, is that Travis McMichael had put the vanity plate on the truck he purchased sometime after Jan. 1, 2020.

“This vanity plate was on the truck at the time of the homicide,” prosecutors wrote in the motion. “The jury may interpret that evidence in any way they deem appropriate and the State may make reasonable inferences, in closing argument, drawn from the evidence.”

Furthermore, they said, the state has and will provide the defense with “racial animus motive evidence.”

Prosecutors have said Arbery, 25, was jogging when the McMichaels, who are white, armed themselves and chased him in the pickup truck on the afternoon of Feb. 23, 2020, in Brunswick, a coastal southern Georgia neighborhood, where they lived. Their neighbor William “Roddie” Bryan filmed Arbery’s death. The cellphone video showed Travis McMichael fatally shooting Arbery as he threw punches and grabbed for Travis McMichael’s shotgun.

The McMichaels have said they thought Arbery was a burglary suspect. Travis McMichael’s attorneys say he shot Arbery in self-defense.

At a preliminary hearing in June 2020, an investigator from the Georgia Bureau of Investigation, which took over the case, testified that Travis McMichael had been heard using a racist slur moments after he fatally shot Arbery. A judge ruled at the hearing that there was enough evidence to support the murder charges against the McMichaels and Bryan.

In April, the three men were also indicted on federal hate crime charges and attempted kidnapping. They intimidated Arbery “because of his race,” the indictment said.