Ex-BBNaija housemate, Ka3na has for the umpteenth time slammed the lady who tattooed her name on her body, and frowned at her for being desperate. 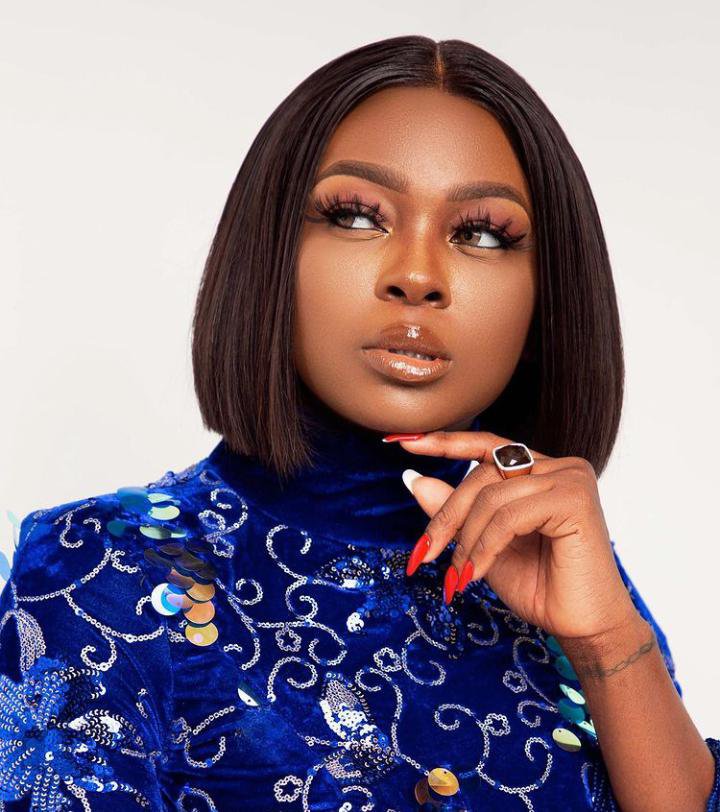 Recall Ka3na has been in the news lately after she berated a fan who tattooed her name on her thigh. This sparked outrage on social media owing to the fact that she was the one who initially asked her fans to tattoo her on their body.

Yesterday, a viral video evidence showed the fan got hospitalized after she attempted suicide by allegedly drinking a poisonous substance.

Ka3na has now taken to her Twitter page to rant after she was mercilessly dragged for driving her fan into depression.

According to her, she had initially wanted to reach out to the fan. Writing further, she said “thanks” is only what the fan would get for “being desperate” the extent of “faking suicide”.

She also said that people dragging her on social media should continue so she can hit one million followers soon.

In her words… “I originally wanted to reach out to the said girl but i decided not to since she thought it wise to go against someone she said she loved so much and went ahead to tatoo my name on her thigh…And in less than 24hrs you are already going against the said star.

“I have my official line on my page, did she at any time call nor dm me before sharing the said video and picture online?? I found out when i started getting tags from blogs and so i reacted publicly as well…???

“Thank you for the thought of tatting my name on your precious body… But that’s all you get for being so desperate as to faking something as deep as SUICIDE. I started life @ 16yrs! I was never desperate!!! My Hard work and CONSISTENCY Brought me this far!
“NO to emotional blackmail and cyber bullying… ⚠️

“I see all your efforts, it will surely go unrewarded. Keep it going for few more days let’s hit 1M followers! God Bless You As You Do🙏🏾 #Ka3naTheBossLady”. 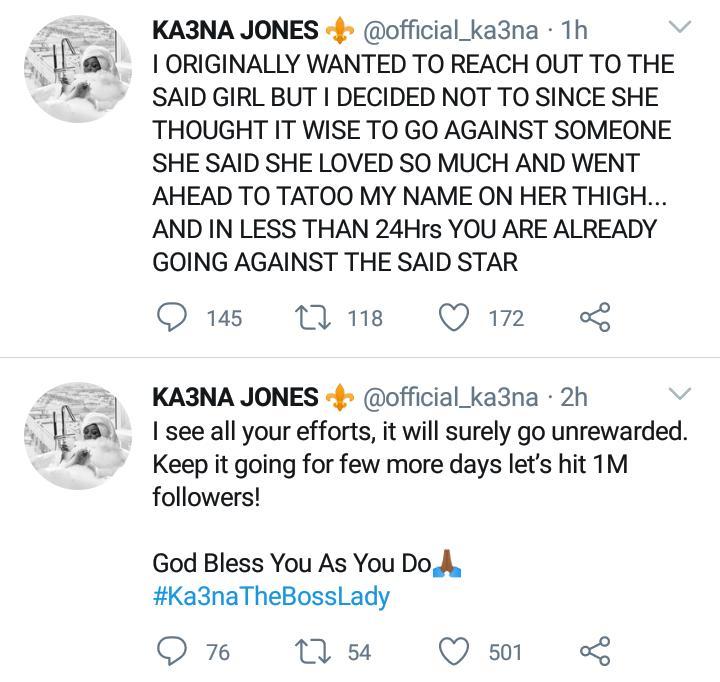 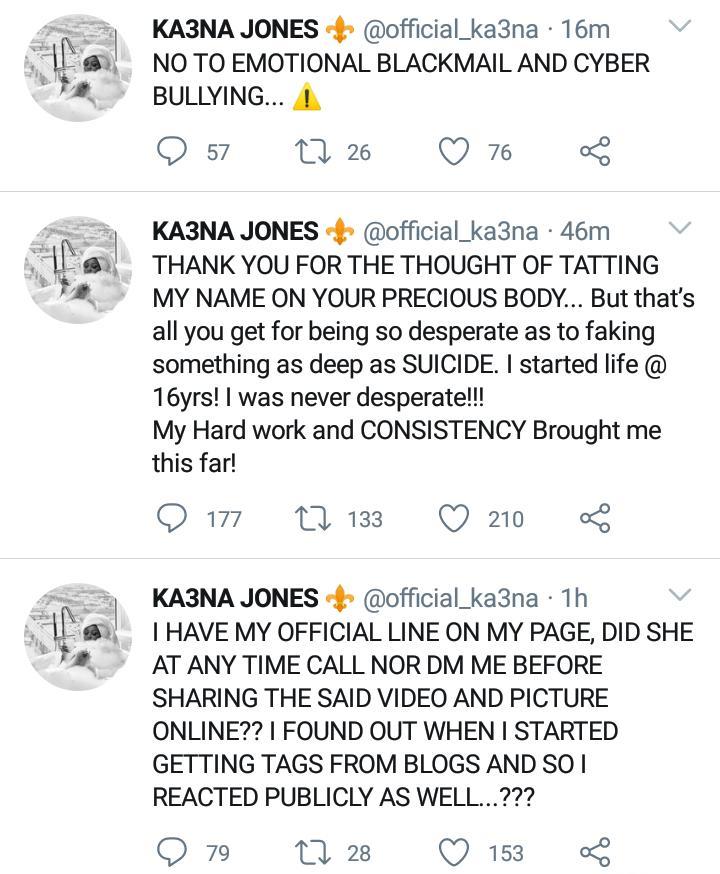 Fireboy DML reveals the unknown about his heartbreak songs

“Two reasons why you should save money”

“I was handcuffed and beaten for nothing”

Fireboy DML reveals the unknown about his heartbreak songs