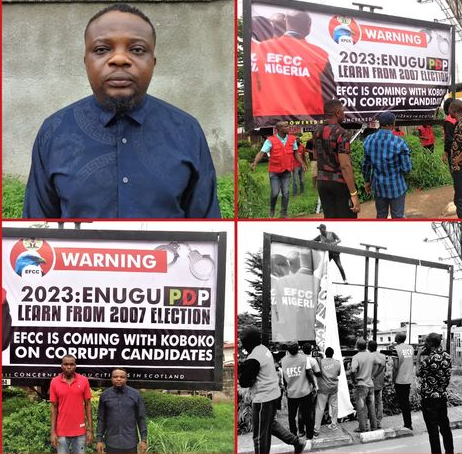 Operatives of the Enugu Command of the Economic and Financial Crimes Commission, EFCC, have arrested an outdoor advertisement executive over political advertisements that appeared in two billboards bearing the name and logo of the Commission.

According to EFCC, the two Super 48 Sheet Billboards located at Otigba and Zik Avenue Junctions in Enugu, ”bore offensive messages using the name of the EFCC to threaten the aspiration of some politicians in the state in the build up to the 2023 general elections. ”

One of the messages reads: 2023: Enugu PDP Learn From 2007 Election… EFCC IS COMING WITH KOBOKO ON CORRUPT CANDIDATES.

Following credible intelligence received by the Commission, operatives of the Commission on Saturday May 21, 2022 arrested one Baron Nnamdi, the alleged designer, printer and owner of the billboards hosting the offensive political campaign messages.

He has volunteered a statement to the Commission, claiming he was contracted by a media aide to a former deputy governor of the state with governorship ambition.

He claimed he was paid N160, 000 for the one week campaign and that the media aide to the former deputy governor supplied him with the messages, EFCC logo and pictures of operatives used for the advertisement.

Following his arrest, operatives of the Commission visited the two sites and pulled down the offensive advertisements.

Meanwhile, the Commission warned politicians to refrain from dragging the EFCC into the political fray.

It reiterated that, apart from issues of economic and financial crimes which fall within its purview, the Commission has no role in the political process and should not be distracted.

It stated further, that it will not hesitate to bring the full weight of the law to bear on errant politicians who continue to impersonate the Commission and its operatives. 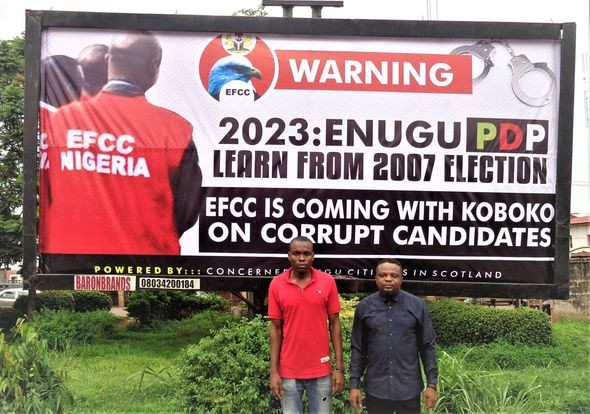 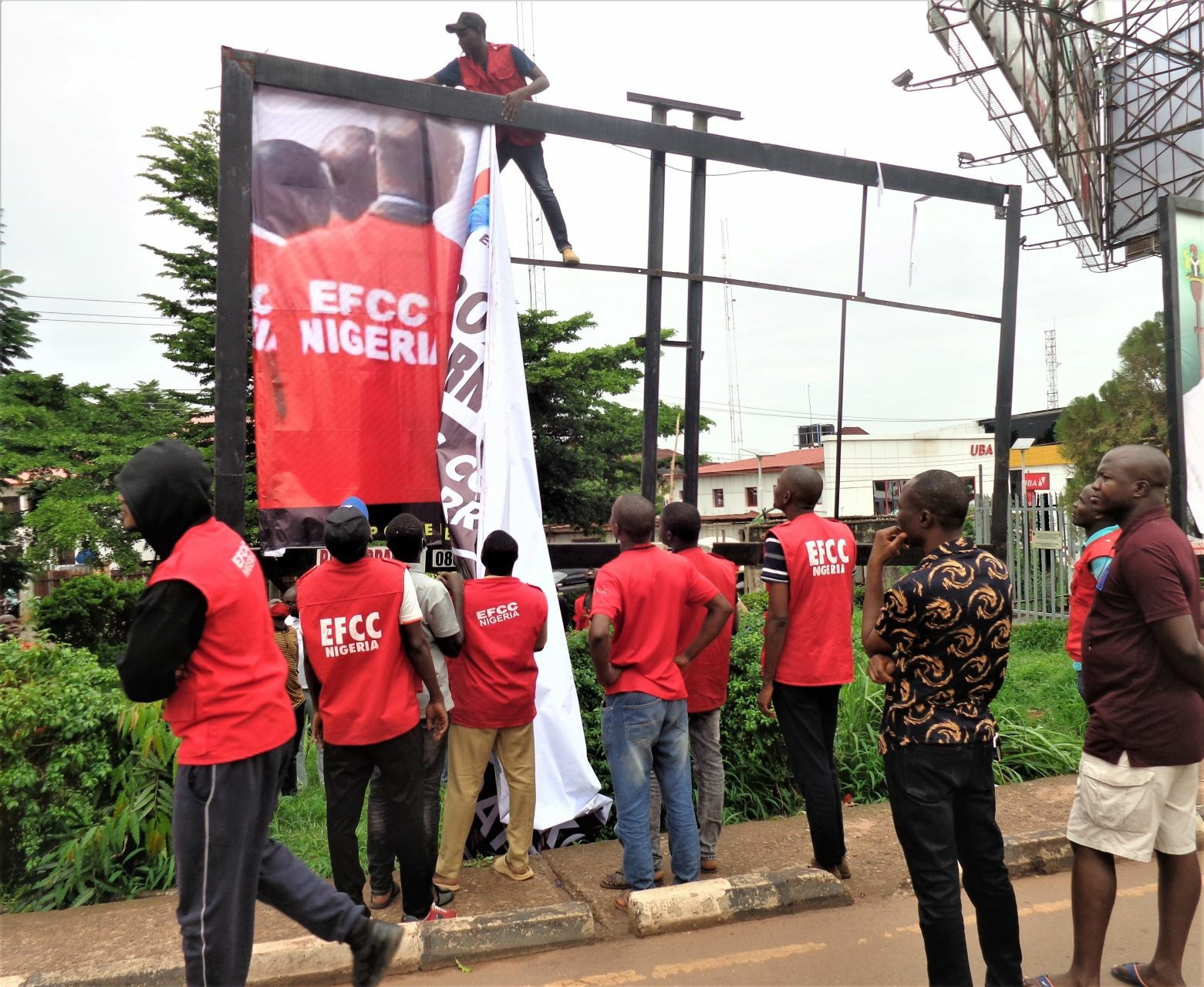 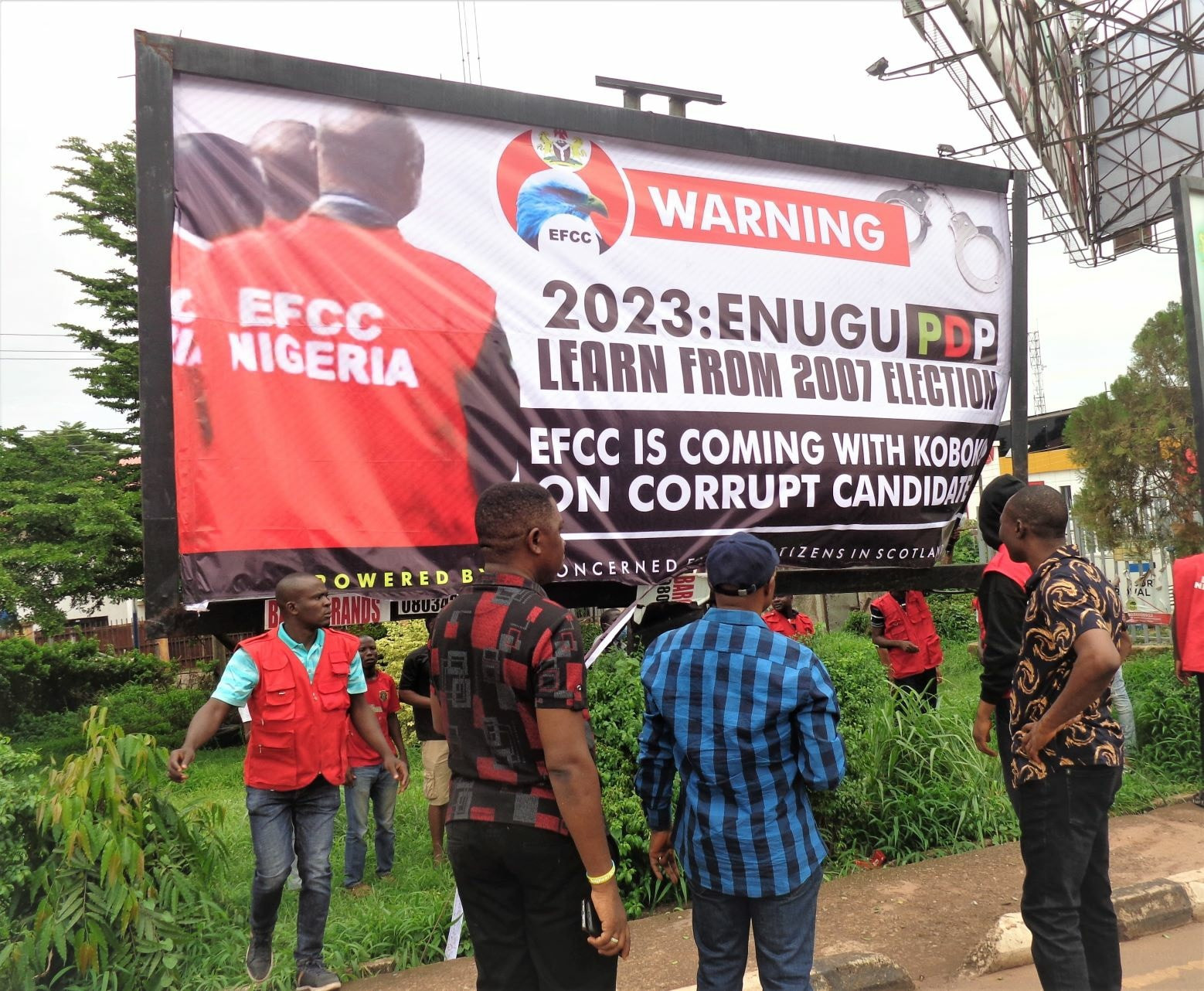 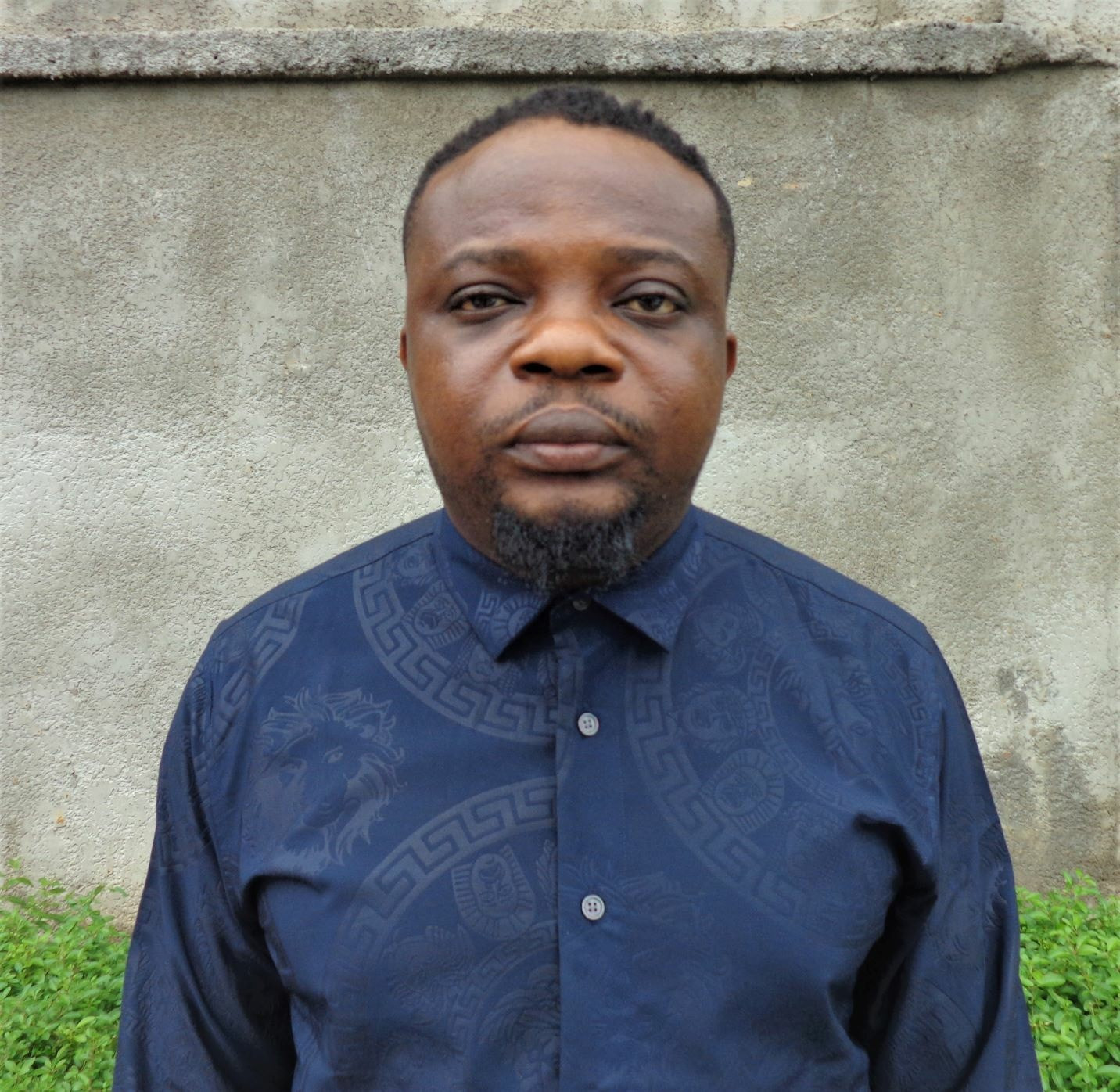 How to check vote-buying in Nigeria

How to check vote-buying in Nigeria