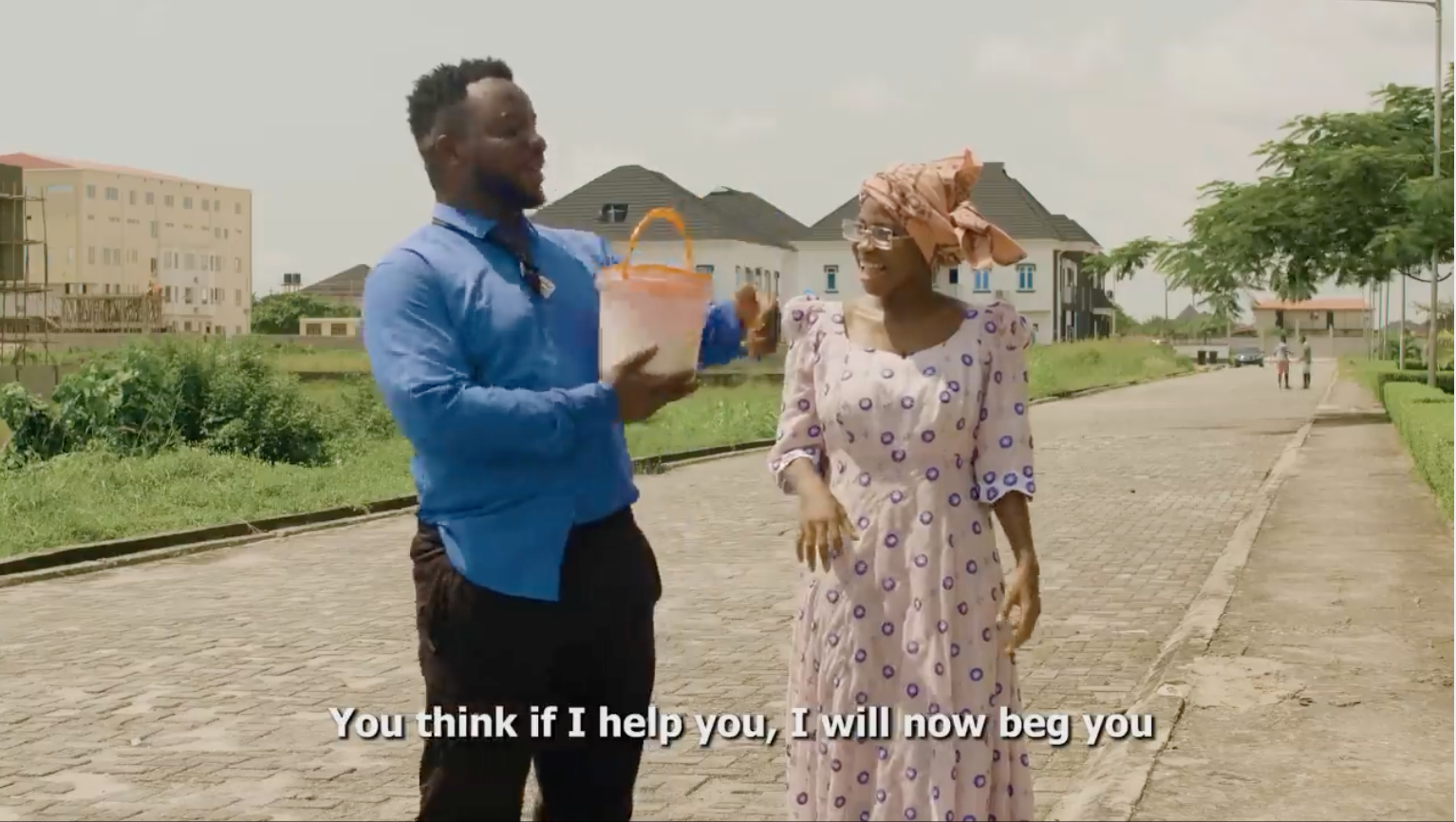 For the average Nigerian, any one or more of these social media comedians provide readymade relief to wash off stress or segue into a lighthearted mood. Sometimes, after a day of mental and physical exhaustion, settling into a serene atmosphere is not enough. In between those moments when you are secretly craving sleep while your body indiscreetly defies you, something as trivial yet spontaneously jovial as spoon-feeding your senses with these comical clips could be necessary for dozing off. YouTube or Instagram becomes an impassioned medium; you only need to play your cards right through a procession, flirting with the turn-taking clips of – in no particular order – Brodda Shaggi, Zicsaloma, Twyse, Mark Angel, Officer Woos, Mr Macaroni, Brainjotter, Pastor Remote, Kie Kie, and many others.

Fitting these comical patterns seamlessly into the chasm-wide notion of Nollywood will raise brows. But, given their posturing, they deserve a space, however small it is. Self-made, time-conscious, social media productions are not as loud-mouthed and supercilious as the real Nollywood we know. We treat this advantage with egg-like concern. Nobody needs to visit the cinema to watch a Mark Angel comedy. Yet there remains the opportunity for a similar extensive audience as popular Nollywood, all because social media, too, breaches boundaries and is never agoraphobic.

Those days, 5, 6 or more years ago, when Mark Angel hustled for fame in the YouTube market, I was a faithful viewer. The character of Emmanuella surfaced and resurfaced, and each time she returned in a latest episode, her signature mischief followed. Hers was a mind precocious enough to formulate calculated mischief, the kind of mischief which wowed or outwitted her uncle or any adult character around. Almost every Mark Angel episode would make you laugh, but you would not laugh out your senses, because in the end, in the post-hilarious state, you would find yourself reconnoitring the mind to make sense of the episode.

Far from the LOLs and LWKMDs, social media jesters prove some points. Macaroni, with his bumbling sugar daddy persona, provides a certain narrative edginess to the sugar-daddying exploits we commonly hear of in real life. Professor Hardlife, a swerve off the Macaroni franchise, satirises the sadistic university don. Broda Shaggi (God help his loquaciousness) takes a cue from the streets, brandishing an uncouth demeanour and letting us know, through his exaggerated acting, how much he is in love with tomfoolery.

A similar case of Shaggi’s tomfoolery may be said of Officer Woos, except that there is a servile consciousness that comes with being Woos when in partnership with Shaggi. Both Pastor Remote and Woli Agba are independent of each other, yet they are similarly yoked in terms of social value in the sense that they conjure images of false, pretentious, unscrupulous men of God. Woli Agba’s real companion is Dele, a son figure who inflects the prophet’s varying shades of self – bitter, petulant, benign, elated – depending on which and how the circumstance requires. But Woli Agba is more of a tribute to Brother Jero in Wole Soyinka’s The Trials of Brother Jero than his often prying counterpart, Pastor Remote.

Last year, when I stumbled on Brainjotter, it was his trademark dismissive attitude with commensurate body language that hypnotised me. Through his apparent lethargy, he inspired humour. He still does. His voice, well tuned to match his slouchy posture, the kind of voice that was in no measure encouraging yet had an implied razor-blunt, bullshitting edge that people – the anti-motivational-speaking lot especially – would appreciate at an emotionally safe distance. Brainjotter cracks you up, but not in the way you might expect it. Less words, more body language, that’s how the deal is done.

His most viewed video is a forty-eight second, sound-free effort. That was released over a year ago, and the YouTube video, as of now, has over 1.1 million views. Here, Brainjotter has invited his girlfriend on a date. When the girl arrives, he stands up to welcome her, but the girl is closely followed by a group of four friends, all of whom introduce themselves. Brainjotter half-hides his surprise and, just as the girls have settled down, he walks away through the entrance, swinging a pair of sneakers along in noncommittal fashion, to the chagrin of his girlfriend.

There have been alternatives to Brainjotter than his oft-noted minimalist approach with dialogue. We cannot always get away with the crime of an offhand simplification of his style. Words have had more to do with him too, as we see in his monologue skits.

The Nigerian comedy skit industry is constantly on refresh, with its ever-popping-up, gloom-numbing comical acts, one of the most recent being OGB Recent. Here is the man who, in his skits, announces himself as a cultist and extorts anyone who is unfortunate to get into trouble with him. His street mantra “abi you wan collect” is delivered in simultaneous combination with a slap to whomever he addresses. Beneath his innocuous rendition of hilarity is a huge question mark on the morality of his contents. He endorses cultism, tongues wag, because he recycles this personality, instilling fear, threatening, getting the last laugh and superimposing himself over the psyche of his victims – all without the invocation of nemesis at any point of his video. To people, playing on the cultist image is simply rough play.

In an April 12, 2022 interview shared on YouTube channel, The Traveller, OGB Recent, identified himself as Michael Charles, hailing from Ebonyi state, and mentioned something about not being a newbie in social media comedy, contrary to erroneous impressions flying about. ] However, he revealed that he adopted the ‘cultist’ character only a few months ago, stating that he did not feel threatened by real cultists who were his best, biggest fans.

OGB has admitted the comparisons with Brainjotter. In the same YouTube interview, he said, “actually, maybe we sound the same, but if you can listen well, you will know there are some differences.” He knows Brainjotter as a senior colleague, though he sticks with Shaggi, Kelvin Ikeduba and Sir Balo as foremost inspirations.

Observing both OGB Recent and Brainjotter, there are common grounds: green-obsessed wear, drawled speaking, lackadaisical demeanour. Precedents abound in the industry. Taaooma, with her multiple-character acting, resembles Twyse, while her slapping charade is evident in Craze Clown skits.  Kie Kie’s inflected voice springs from that of the Jenifa character in the TV sitcom, Jenifa’s Diary.

Acts may intersect, yet you will find differences. Brainjotter has a less domineering appeal than OGB Recent, for instance. He is also less dubious. People – comedy-skit binge-watchers – await collaboration after collaboration between OGB Recent and Brainjotter. And this wait, it seems, is only a stone’s throw ahead, or, to summon another boring phrase, a matter of time.

Young Nigerian man who threw money in the air while people picked, is seen carrying out a ‘ritual’ with a native doctor in a...

This is abuse of human rights – Gay Nigerian pastor, Jide Macaulay reacts to death sentence handed to three men in Bauchi for homosexuality