Nollywood actress, Elenora Amarachi Paul, has narrated how big brother Naija housemate, Prince Enwerem helped her on a day she was stranded in Lekki, Lagos. 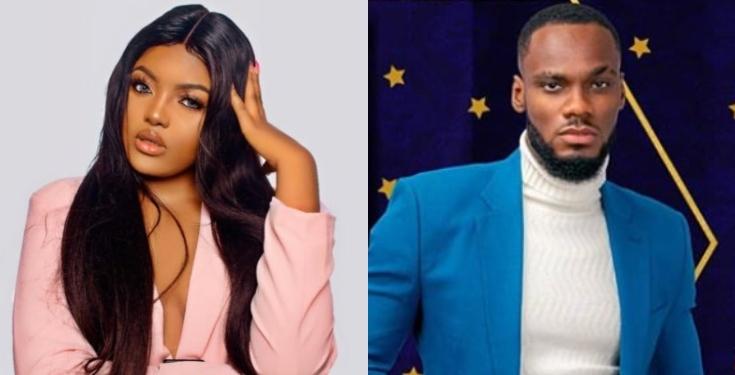 According to Elenora, she was almost harassed at a house party she attended because she didn’t want to sleep with one of the guys, and she couldn’t get a cab home as it was late.

But luckily for her, Prince who saw her stranded asked her to join his Uber and when she told her she was going to mainland part of Lagos, he helped her pay N20k for a night in a hotel and left without asking for her number.

Read her story below…

“Hah!! So this guy is a prince. See how I missed my chance!!! Gosh! So last year I was at a house party in lekki where I was harrassed and almost sexually assaulted and asked to leave around 1am because I refused to sleep with one of them. I was stranded and had to start…

2…. looking for Uber to take me home. But all of them were rejecting trips to the mainland and I was Almost giving up when this guy stopped with his own Uber and asked me to join! Hah I was skeptical, but I no get choice. I had to join and when I told him I was going to the….

…. mainland and I was Almost giving up when this guy stopped with his own Uber and asked me to join! Hah I was skeptical, but I no get choice. I had to join and when I told him I was going to the mainland he was like he’s not going oh and I was like hah! God! But then he said..

…I shouldn’t worry that he’ll help me out. Guy! I sit down tight and was praying in my mind oh! Next thing he took me to a hotel and asked me if I’m okay with spending the night there. I said please sir I don’t have money to pay for hotel room oh haah! He just smiled….

….Anyways long story short; He paid 20k for a night at the hotel and he didn’t even ask me for my number and I was like “wow! I didn’t even know he’s a prince!! Wow!! See how I missed my chance…lol… 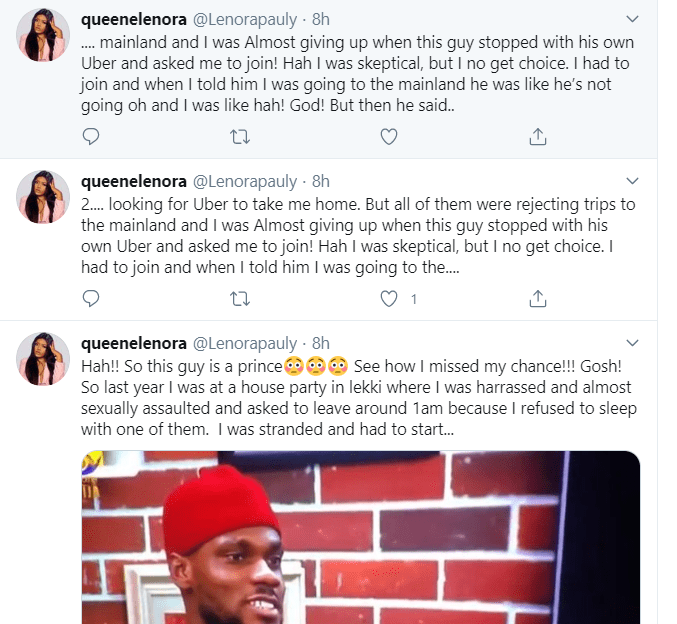 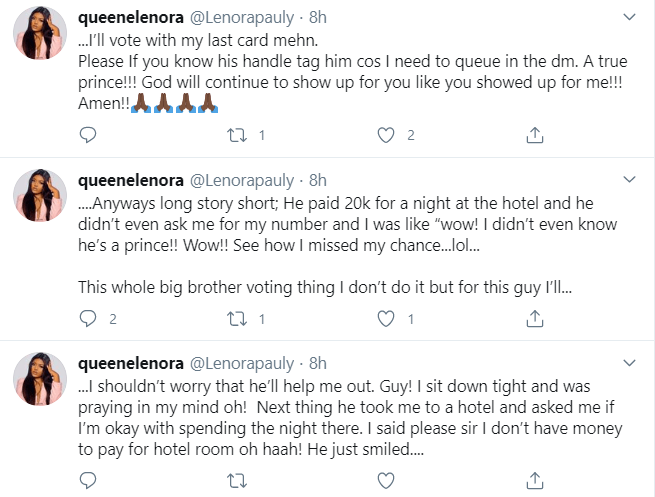