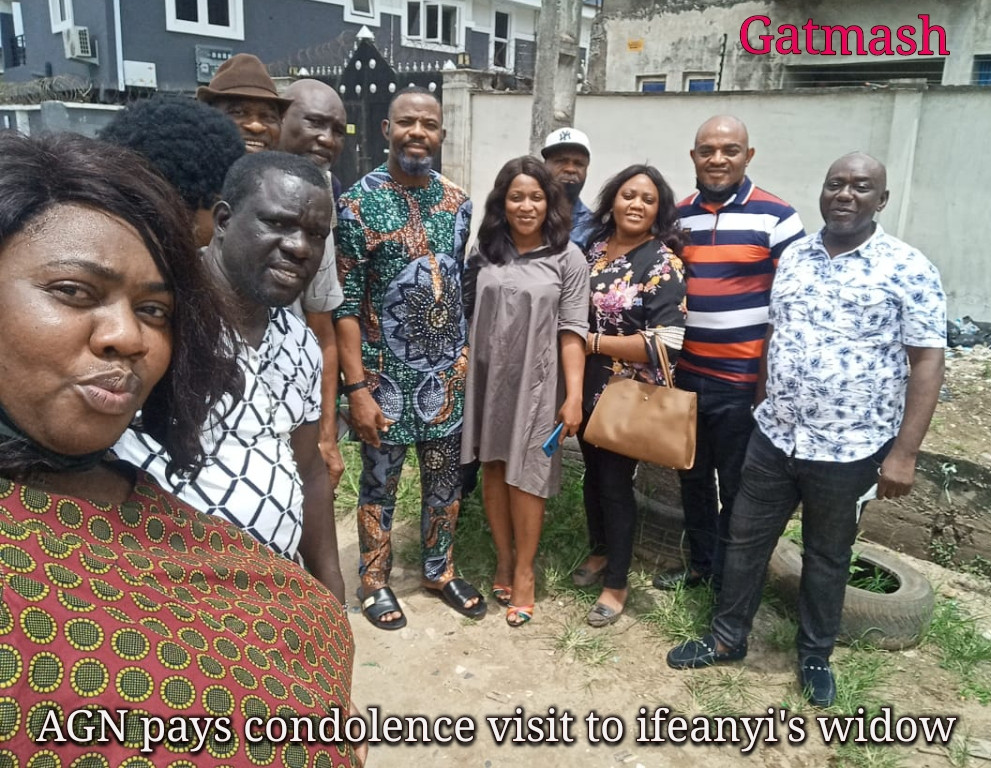 Few days after the tragic loss of Board of Trustees (BOT) Chairman, Prince Ifeanyi Dike, whose demise came as a huge shock to the entertainment industry, Actors Guild of Nigeria (AGN) National President, Emeka Ejezie Rollas has  led a team of actors on a condolence visits to the deceased’s home in Ogba area of Lagos, State. 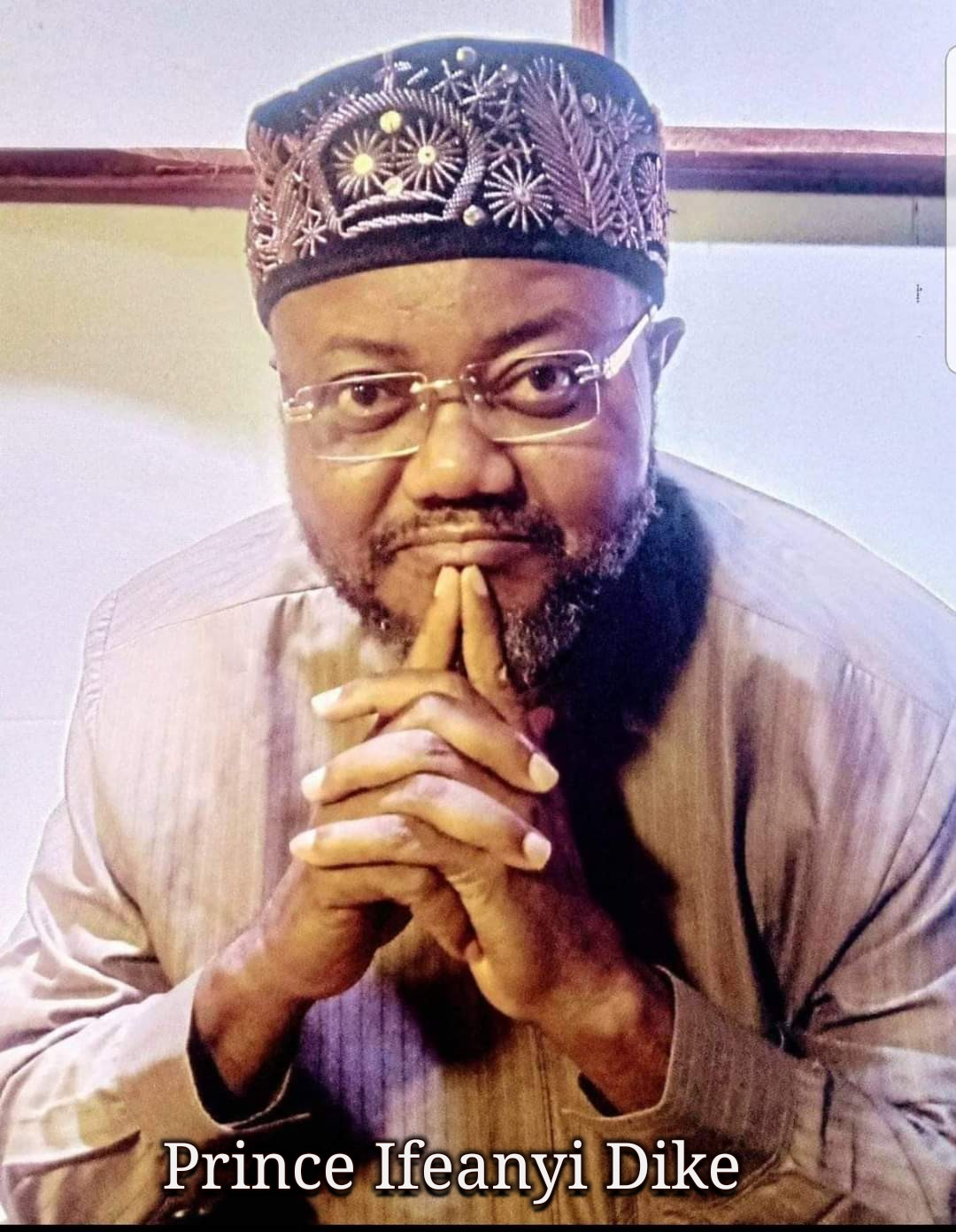 The veteran actors during the condolences visit to the grieving family expressed shock at the tragic death of their beloved colleague, brother, and friend, whose absence they said would be felt throughout the entertainment industry. 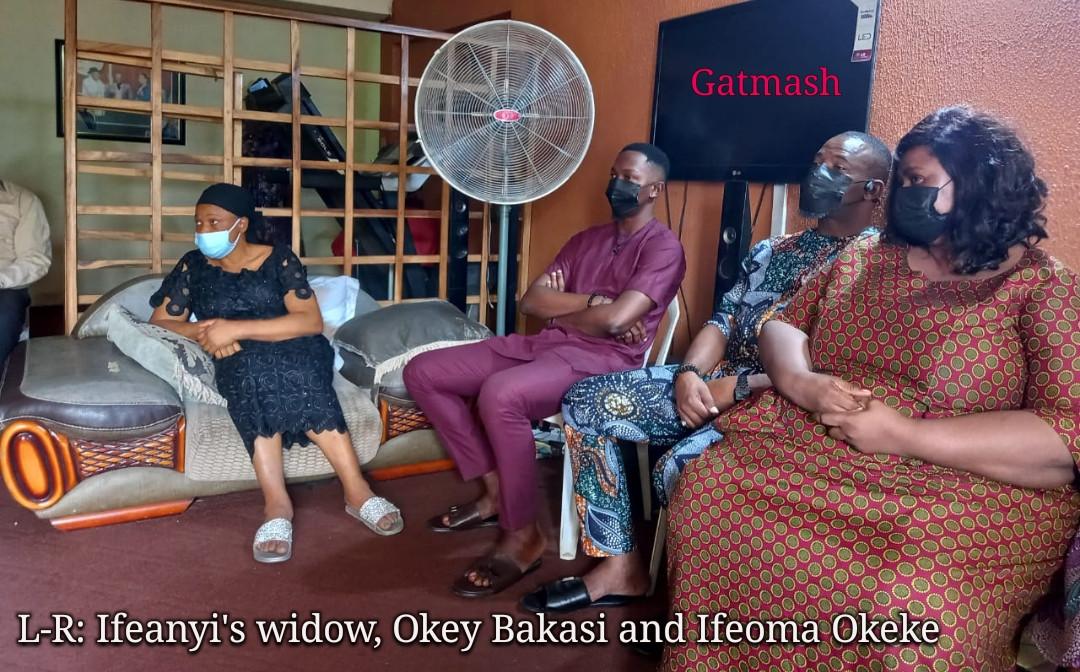 While consoling with the  widow and family of the deceased, Emeka Rollas who is still in shock over Ifeanyi’s death said: “We are here as a guild and we want to assure you that we have plans to be fully involved in the burial of Ifeanyi Dike and particularly support you and your children”.

He urged the widow to take heart as God is in control and in charge of everything.

Okey Bakassi went the memory  lane to tell the story of how Ifeanyi made AGN what it  is today through his selfless service and love for all.

According to him, “He was made BOT chairman unopposed without election because of how kind hearted he was, he brings solution. His death is a huge loss, we can hardly find people with the kind of his heart in the industry, selfless service. Your husband, father was a great and good man. So please take confidence in that knowing that he contributed immensely to what AGN is today and no one in the industry has any negative thing to say about him”. 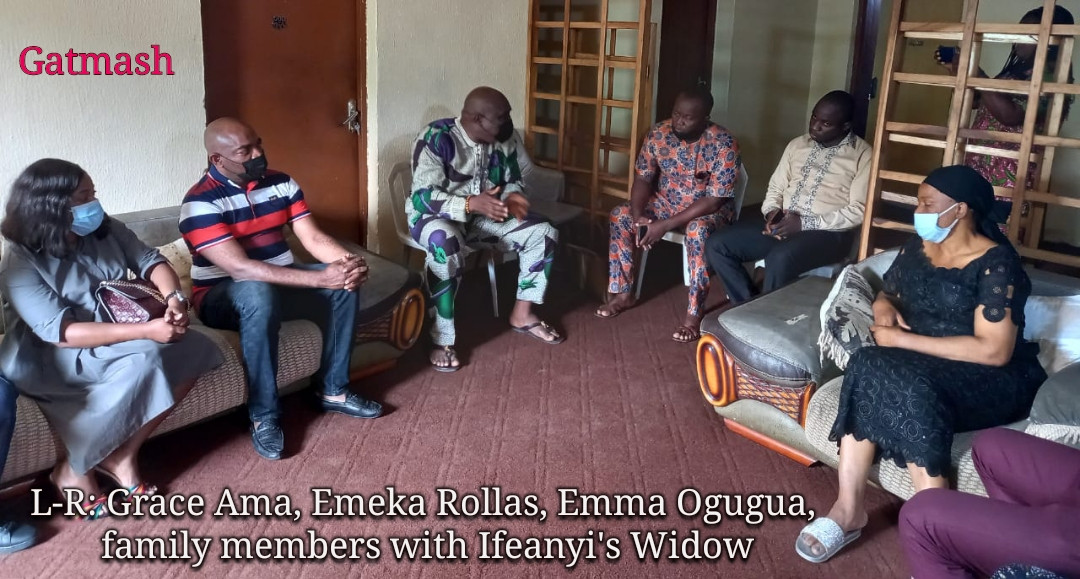 Sonny Mcdon who was full of praise for the life of Ify Boy as he fondly called the late veteran stated : “I can’t imagine that am here today inside Ifeanyi’s house for the reason that brought us here. Like the Bible says, in all things we should give thanks as nothing happens that God does not know.

That’s why  wherever he is now, God has prepared a place for him. We are only mourning his absence because we are human. The God that sustained him all these years that we thought that he would have gone yet brought him this far, that God will sustain you and the children. God will not disappoint you, He will strengthen you as He’s the husband of the widow. As such everything will fall in place for you. Your grieve is for a while as your children will bring you joy, tomorrow shall be a new horizon to you and your family. God will raise you up like daughters of Zion and you will exceed the limitations that men will never think that you will exceed”. 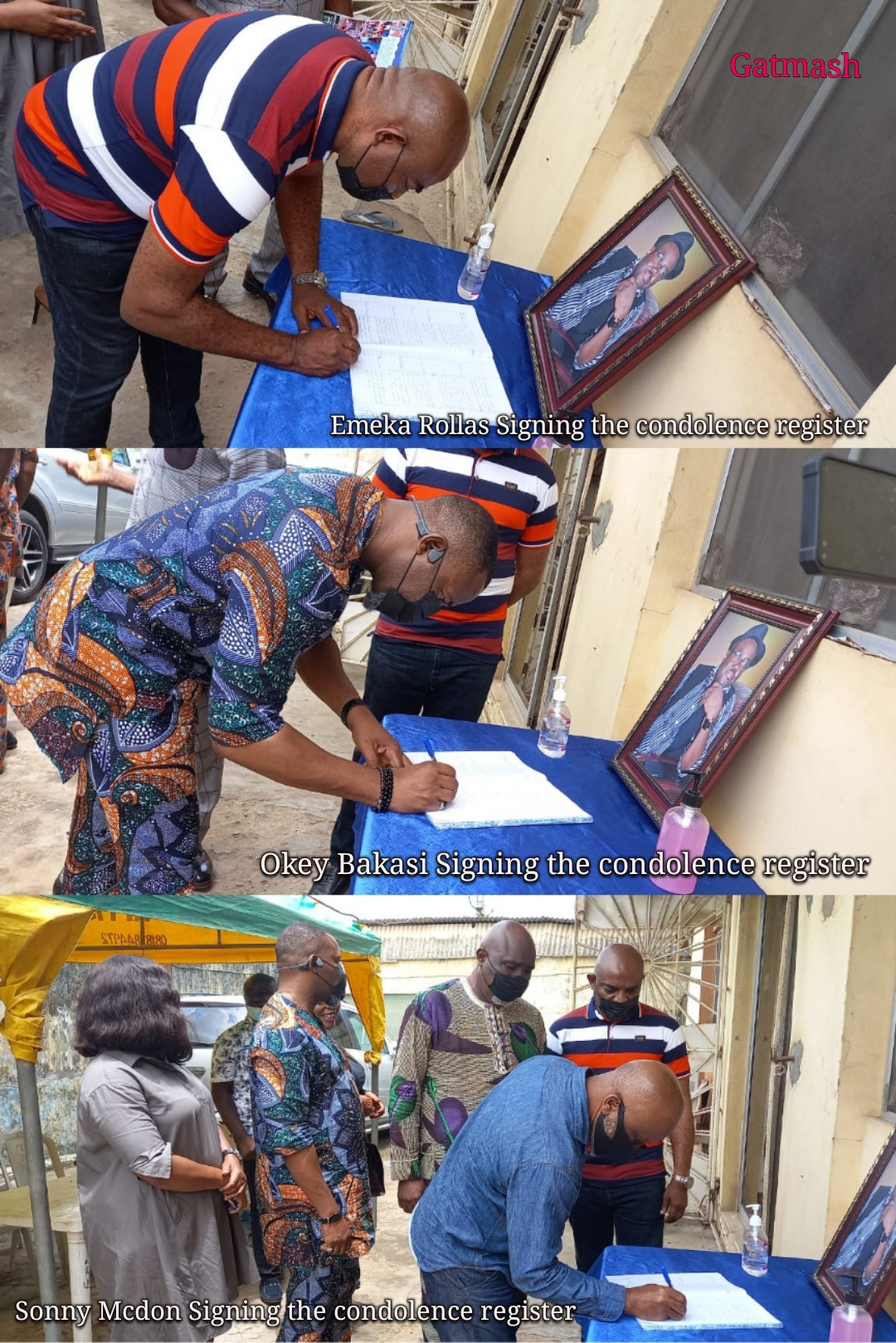 Expressing his love and concern to the family, Emma  Ogugua encouraged the family, children not to lose hope, adding that  God would ease the burden occasioned by the irreparable loss. 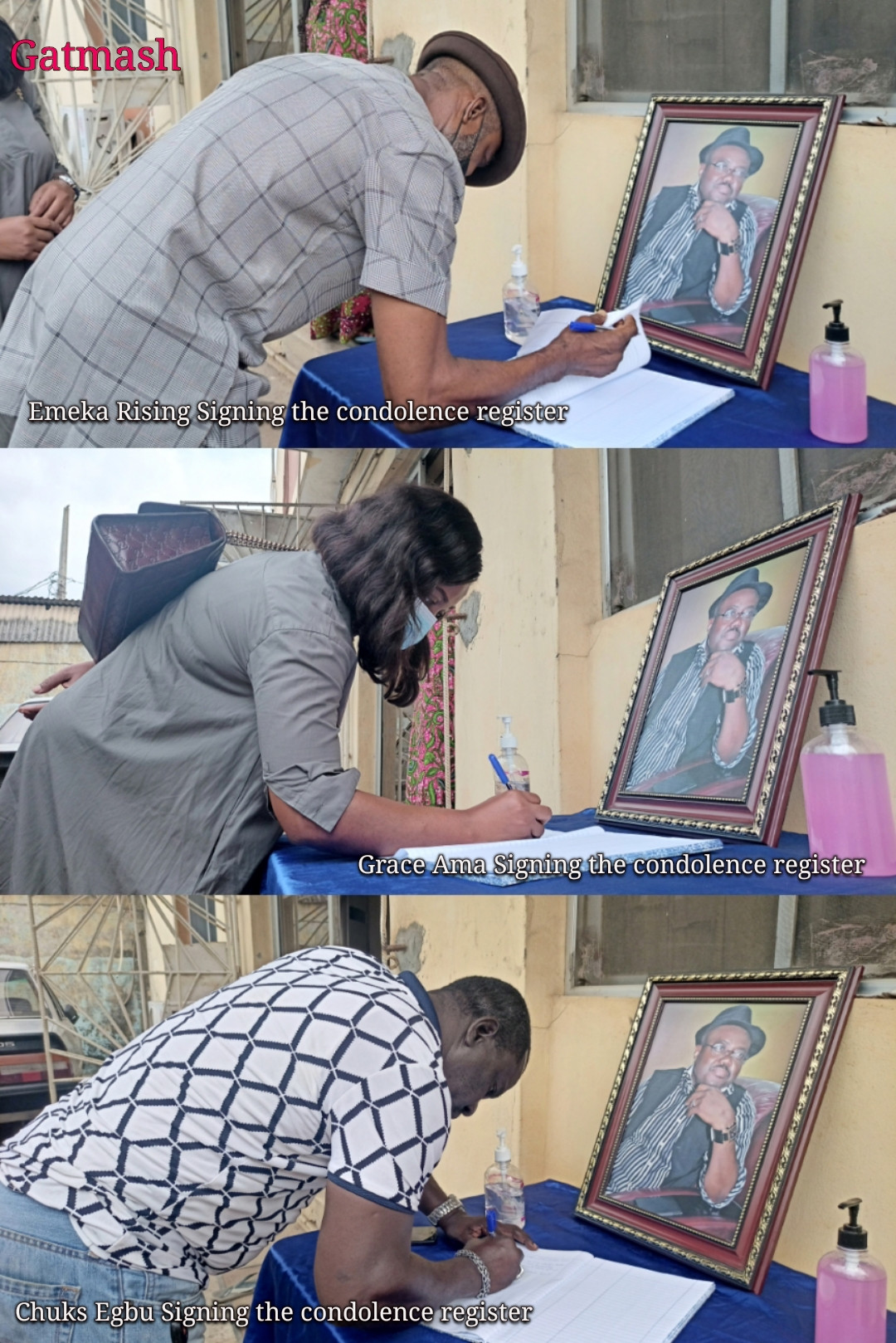 The veteran actor’s death, which occurred on the 27th of August, 2021, stunned the entertainment industry.

See tourism as tools for poverty reduction – FG to states...