American -Nigerian actor, Olurotmi Akinosho better known Rotimi has taken to social media to school men about how best they can satisfy their woman.

According to the actor/singer, via his instastories asked young men to ensure their women are sexually satisfied first before they think of themselves. He also stressed that men should allow women gets theirs a couple of time.

He then went on to “school these youngins” on how it’s done. He wrote; ”My Bruddas , don’t be selfish during sex. Make sure she gets hers before you (a couple of times). Let me school these youngins..Giving d+++ ain’t everything. foreplay, touch, selflessness, eye contact. Buttascotch has spoken. Goodnight” 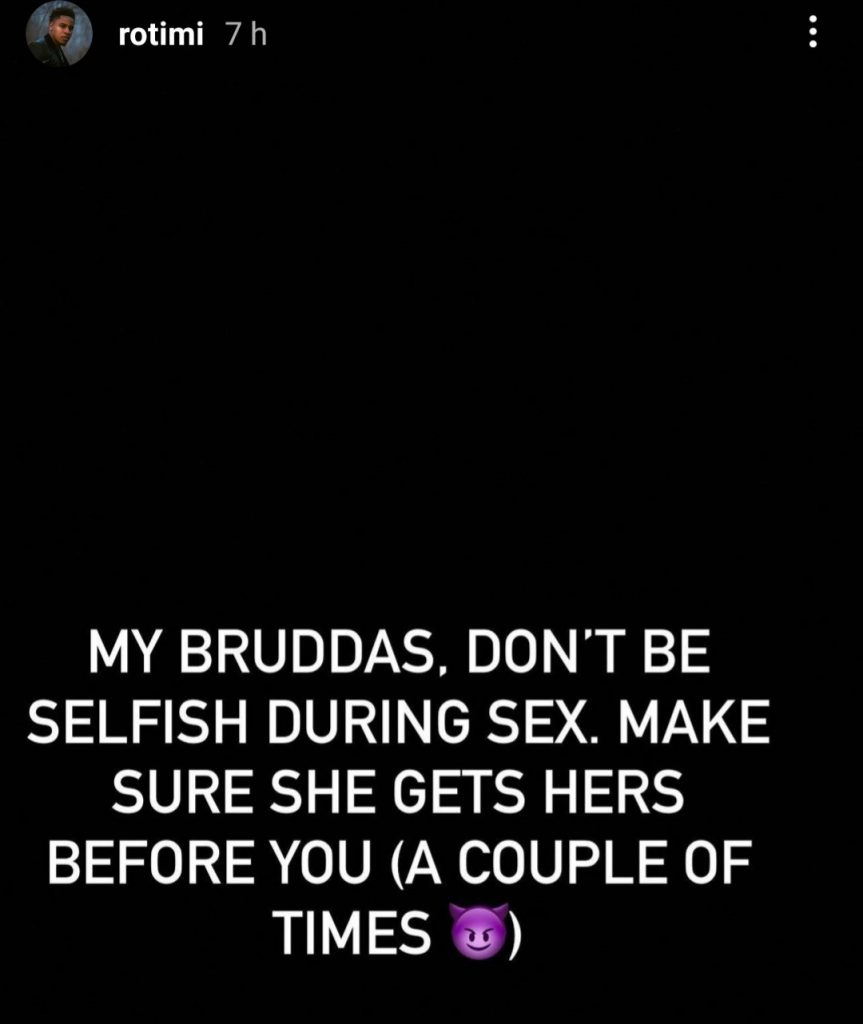 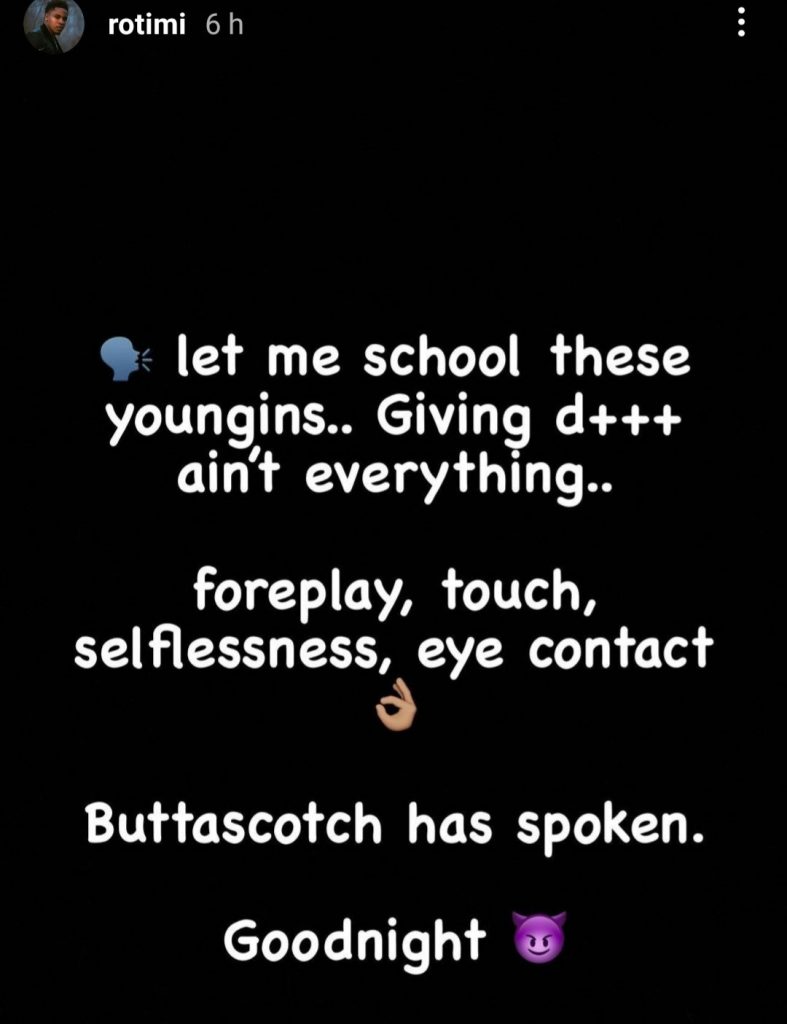 Meanwhile, two Ugandan sex partners created a scene on Wednesday morning, June 16 after they got stuck into each other during sex.

Newspot learnt that the hilarious and at the same time awful incident happened in Gulu city, in the Northern Region of the country this morning.

Pai Robins OgwengAkiiki, a resident of the community who disclosed the incident on social media, said the two were glued to each other and their sex organs could not be separated after engaging in sexual intercourse.

Newspot understands that the female partner is a housewife to another man. All the efforts by the duo to separate from each other proved abortive so they raised an alarm which attracted residents and the police.

According to reports, they got separated after the woman’s husband arrived at the scene and touched their waists. The two are now in police custody.

“Cheating sexually is bad. #There was drama this morning in Gulu city as a married woman who was having sexual intercourse with another man got stucked like dogs. that after they were done with sex, their sexual organs could not separate but was stucked in that it failed to separate however much they tried.They started making alarms that attracted police and locals.It was after the real husband of this woman came and touched their waist, their sexual organs then got separated.the two are now in police custody…I want to be like this woman’s real husband,” the source said.

In another news, Omotoke Suliyat, a student of Moshood Abiola Polytechnic, Abeokuta, Ogun State has slumped and died, Newspot reports.