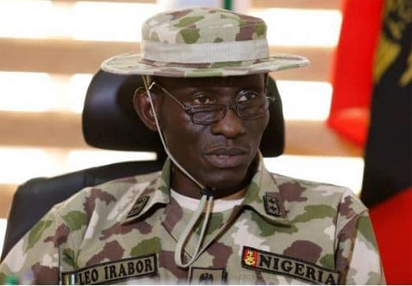 The chief of defence staff, Lucky Irabor, Thursday confirmed the death of the leader of the Islamic State in West Africa Province, ISWAP, Abu Musad Al-Barnawi.

Irabor disclosed this while fielding questions from state house correspondents. According to him: “I can authoritatively confirm to you that Al-Barnawi is dead. He is dead, and he remains dead.”

However, Irabor also said that the perception of discriminatory military engagement against the people of the southeast was not correct.

The CDS assertion was against the background of accusations against the military over its alleged harsh treatment of the people of the southeast.

Gen.Irabor, who was responding to a question while negotiations were done with bandits in the northwest and repentant Boko Haram members being rehabilitated while military operations are scaled up in the southeast, however, noted that insecurity varies from region to region.

According to him, what you find in the southeast is different from what is obtainable in the north.

Mentioning Sheikh Ahmad Gumi by name, he said the Muslim cleric who had been leading negotiations with bandits, does not work for the military and that the military would not prevent anyone from playing his part in the fight against insecurity.

He said what was not acceptable to the military was when such persons work at cross purposes with security agencies’ objectives.