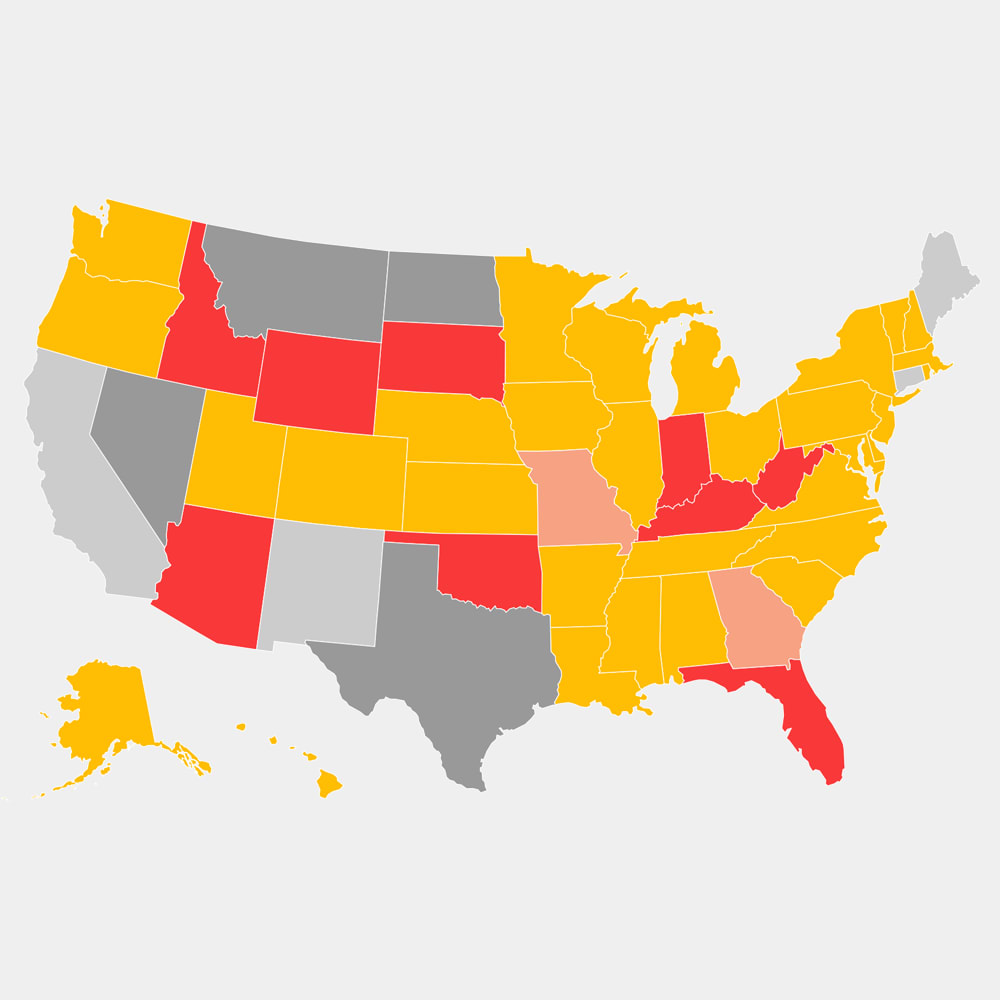 If the Supreme Court ultimately votes to strike down Roe v. Wade, states would control whether and in what circumstances abortion is legal — and data shows that battle is already raging.

About 500 pieces of abortion restriction legislation are pending or enacted in more than 40 states this year, according to the Guttmacher Institute, a research organization that studies reproductive health rights. Dozens of bills have passed through at least one chamber in the first four months of the year, and governors in nine states have signed restrictions into law.

The legislation ranges in scope, from access limits, counseling requirements and parental consent, to outright bans to bans on medication abortions or the mailing of abortion pills.

Of the legislation signed into law this year, all but Kentucky’s were passed by Republican governors. Kentucky’s Republican-controlled Legislature overrode its Democratic governor’s veto to pass bans on most abortions after 15 weeks of pregnancy, among other restrictions. A federal judge has since placed a temporary ban on Kentucky’s new law.

One ban in Oklahoma, which, if not challenged, will go into effect in August, will make performing an abortion a felony punishable by up to 10 years in prison.

The Supreme Court’s leaked draft opinion indicates that the court has the votes to roll back federal abortion protections. The Supreme Court on Tuesday confirmed the authenticity of the draft, but said “it does not represent a decision by the Court or the final position of any member on the issues in the case.”

Still, the fight over abortion is increasingly being fought in state legislative chambers.

“With the Supreme Court on the precipice of overturning Roe v. Wade, state legislatures will become the main battleground for protecting abortion rights in America,” Vicky Hausman, the co-founder of Forward Majority, a political group that funds and supports Democratic candidates in state legislative races, said in a statement. “We can no longer count on the federal government or the courts.”

“If you’re living pretty much anywhere in the middle of the country or the South, abortion could very well be, effectively, banned to a large extent,” Nash said.

Joe Murphy is a data editor at NBC News.

Adam Edelman is a political reporter for NBC News.