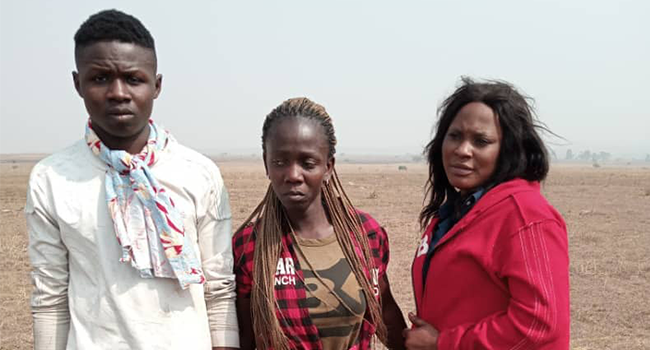 Troops of Operation Safe Haven have rescued three Plateau State Polytechnic students who were abducted while in school on Wednesday January 12.

LIB reported earlier that the students were sitting outside their hostel when the gunmen carried out the attack.

Confirming that the students have been rescued, military information officer of Operation Safe Haven, Major Ishaku Takwa said troops deployed at Nding Sesut noticed an unusual movement of persons during patrols and immediately conducted cordon and search in the general area.

The military spokesman said this led to the rescue of the abducted students at an abandoned poultry farm.

The rescued students have since been reunited with their families while a manhunt is ongoing to apprehend the gunmen behind the kidnapping.