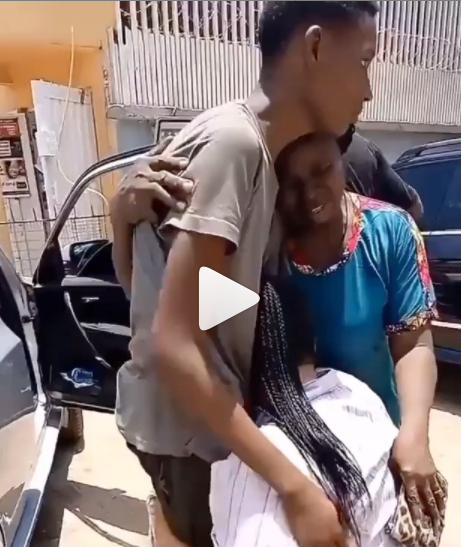 Abducted Greenfield student, Aaron Attahiru has reunited with his family after being released by bandits.

Aaron’s mother, Lauretta had confirmed his release on Tuesday May 4 but she refused to disclose how her son was released.

In a video making rounds online, Lauretta is seen kneeling on the floor as she hugged her son repeatedly after he regained his freedom.

Watch the video below…..

Married Nigerian man who has multiple partners shares his HIV, STDs test results, challenges critics and ‘saints’ to do same