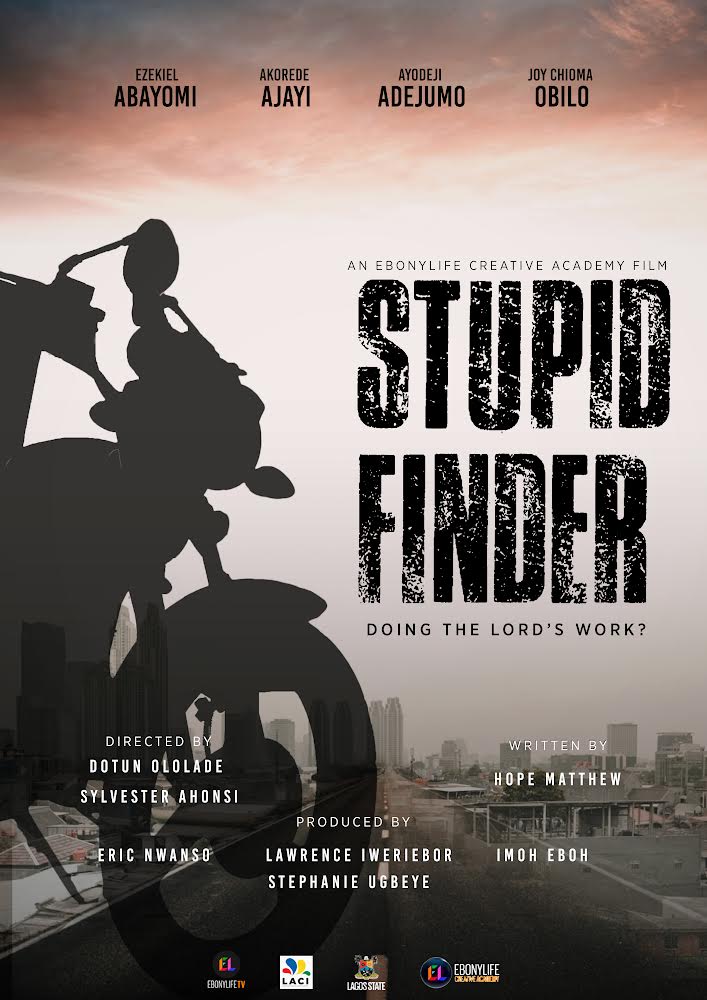 The short film “Stupid Finder,” written by Hope Matthew and directed by Dotun Ololade and Sylvester Ahonsi, has officially premiered on YouTube.

It talks about brotherhood and a new path of discovery. It is a relevant and timely short film exploring how some Nigerians survive and their chances of carving a path out of life.

The goal of this short film is to inform and educate those in the lower social class to pursue their goals and step out of the stereotype of their present locations. The short film also explores the depth of love that comes with brotherhood, despite differences and diverse views and thinking.

Speaking on the purpose of the film, co-director, Dotun Ololade, stated:

What we did with Stupid Finder is simple; we used storytelling to engage the Nigerian communities on compex social issues, in a way that is relatable and make sense of the issues we are addressing.

It is an incredible honour to be part of this production and I am so humbled by the opportunity to direct this amazing project and work with the cast and crew.

One of the producers of the film, Eric Nwanso, had this to say,

“As storytellers from Nigeria who have always tried to show the lives and challenges of the lower social class, Stupid Finder puts a unique narrative around the nature of truth in their world. As Leonard Cohen put it, ‘there are cracks in everything — that’s how the light gets in.”

Watch the short film below: