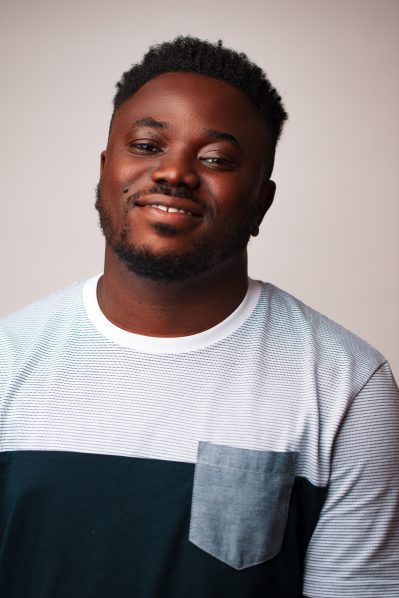 Kayode Kasum: A Catalyst For Change Through Films

Many people decide on what they want to be right from an early age, and they diligently pursue this dream. For Kayode Kasum, a name that is very popular in the entertainment industry, he built his career from a very young age, and now, he has achieved major successes.

In a discussion with -, he discussed his journey, success, and difficult moments.

How did you start your journey as a director?
I started pretty young really. Many people don’t know this, but it started with advertising for me. I was working in productions then and I remember being so filled with questions; so many questions and it fascinated me. I was like; I want to try doing more than that. Also, I knew movies have changed and will continue to change people and I knew it would be fulfilling to have that ability. The ability to change people. To transform the thinking of a group of people with just a story. I think that’s powerful.

What are the most important lessons you have learned through the years as a director?
Like I said, the importance of experience, whether good or bad, and how they can serve us. Also, the importance of being honest. The truth resonates with me. By being honest, I’ve been able to tell stories that really touch people and once in a while, transform them. I know it’s not easy being honest and true to yourself all the time, but what helps is not caring about what anyone thinks. That’s when honesty sets in and stays
How does it feel having the film you direct come as number 1 on streaming sites?
It feels good obviously. But as they say, you’re only as good as your last work. So it also increases the pressure to do more than I did before. To search for greater stories and that’s not always easy. But overall, I’m beyond grateful.

Who do you look up to in the film industry and why?
Ah, I’m not sure it’s just one person, really. We all learn from each other somehow. Something or someone out there inspired every movie you’ve watched. So I think it’s pretty much a combination of so many things from so many amazing people.

To get to this level; being the highest-grossing Director in 2019 and many more feats to your name; What are the things you had to imbibe and things you needed to give up?
I needed to be okay with making mistakes. Because in becoming better at anything, you have to be able to forgive yourself for the mistakes and learn from them. I have also learnt to experience things deeply instead of having a shallow outlook. Being able to experience things deeply helps me tell better stories in a way that affects people. More so, I vowed never to be the guy who made anything pretentious. For the things, I had to give up? Well, dwelling in those things I couldn’t change. Life is short and making movies is expensive. Can’t dwell in something for too long. You have to keep moving and of course, never forgetting to learn.

Are there awards you look forward to winning and how important are these awards?
I’d like to win…But I try not to think too much about that. Awards are good but doing work that’s lasting is much better. I have seen brilliant directors and great movies being sidelined at award shows. So, for me, although I wouldn’t mind awards, It’s not the biggest priority.

If you could change anything about the film industry, vis-à-vis directing and producing, what would it be?
I think it would be how money rises above creativity sometimes. I understand the economy is hard and I’m guilty of this. But I think if we could collaborate more and support each other unpretentiously, we can make great things that the budget won’t upset.
Also, I think it would serve us all better in the industry to fearlessly tell our own deep-rooted stories. I would also love there to be more cinemas because new Nollywood contents do not get to the people. We are showcasing our content to just 5 percent of the audience. More cinemas and more distribution routes would help our industry.

Which work would you describe as your best work yet and why?
I love all my work but Oga Bolaji has a special place in my heart.