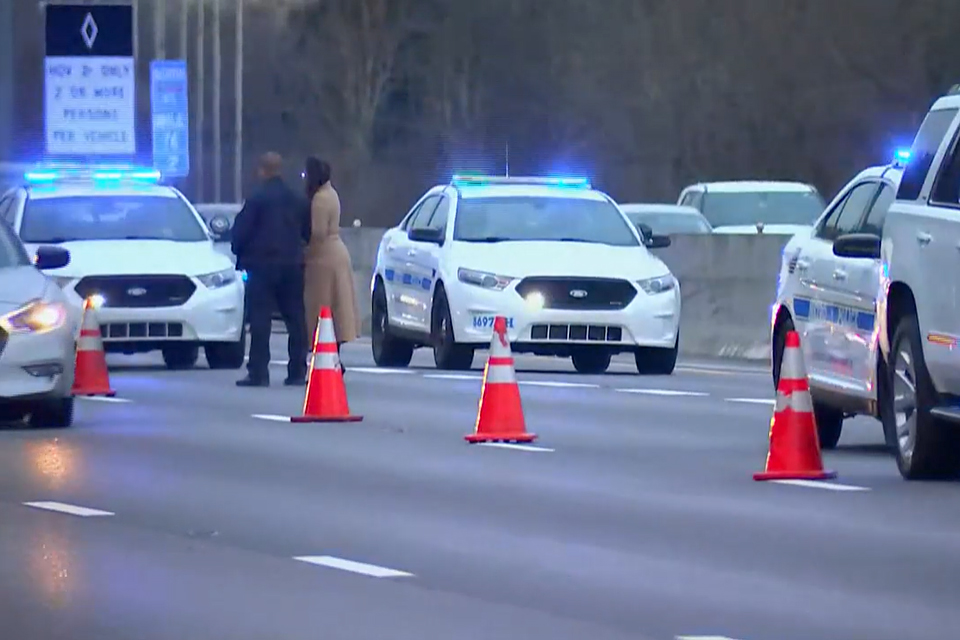 A man died after nine officers opened fire on him on a Tennessee interstate Thursday when he removed what police described as a “shiny cylindrical object” from his pocket.

The man, identified by Tennessee Bureau of Investigation as Landon Eastep, 37, also had a box cutter, the agency said.

The encounter began at roughly 2 p.m., when a state trooper saw Eastep on the shoulder of Interstate 65 south of Nashville, the agency said.

The trooper stopped and talked with Eastep “with the goal of getting the guy off the interstate,” Don Aaron, a spokesman with the Metro Nashville Police Department, said during a news conference.

As they approached the trooper’s car, Eastep “pushed away” from the officer and produced a box cutter, Aaron said.

An off-duty officer from the Mount Juliet Police Department driving on the interstate stopped and tried to help deescalate the confrontation, Aaron said. Several officers from the Metro police department were also dispatched to the scene, he said.

Aaron said the Mount Juliet officer largely led the discussion with Eastep, which lasted roughly 30 minutes. Aaron said it wasn’t clear why Eastep was on the interstate.

“Around the 2:30, as the officers continued talking, he pulled a shiny silver cylindrical object” from his pocket, Aaron said of Eastep.

“Given his very abrupt movement, kind of aiming something toward the officers, the officers fired,” he said.

Eastep was pronounced dead at a local hospital, Aaron said.

Aaron said that he didn’t know what the metal object was — but it wasn’t a gun.

The officers fired “in defense of themselves not knowing what potential threat could have been in that right hand as it quickly emerged out of the pocket,” Aaron said.

No officers were injured.

The Tennessee Bureau of Investigation said it is independently trying to determine the series of events that led to the fatal shooting, conducting interviews and collecting evidence.

Those findings will be shared with the District Attorney General for review and consideration, the agency said.

Tension as bandits gun down 15 farmers in Katsina

Tension as bandits gun down 15 farmers in Katsina