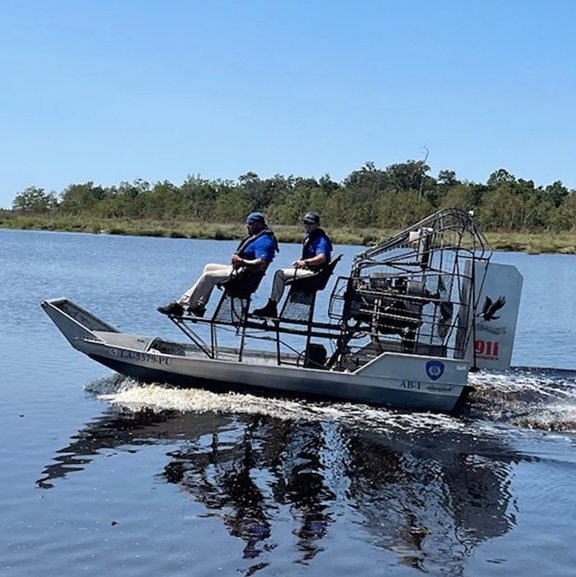 Authorities captured a 504-pound alligator suspected of attacking and killing a 71-year-old man in Louisiana during Hurricane Ida.

The 12-foot reptile was found in the Avery Estates area near Slidell, a city on Lake Pontchartrain across from New Orleans, according to the St. Tammany Parish Sheriff’s Office. It was close to the location where Timothy Satterlee Sr., a man who survived the devastating wrath of Hurricane Katrina in 2005, went missing in Ida floodwaters on Aug. 30.

“The alligator was caught this morning by one of the traps and brought to a secure sight to be searched,” the sheriff’s office said Monday. “Once the alligator was searched, it was discovered to have what appears to be human remains inside its stomach.”

Investigators said they would work with the St. Tammany Parish Coroner’s Office to verify if the remains belonged to Satterlee.

The victim’s wife told deputies a commotion prompted her to go outside when she witnessed the attack and rushed to help her husband, the sheriff’s office said. Authorities said she pulled him out of the floodwaters immediately after the attack and went inside the home to gather first-aid supplies.

“When she … realized the severity of his injuries, she immediately got into her pirogue (boat) and went to higher ground, which was approximately a mile away, to get help,” the sheriff’s office previously said. “When she returned, her husband was no longer lying on the steps.”

“I know today’s findings does not bring their loved one back, but hopefully this can bring them some sort of closure,” he said in a statement.