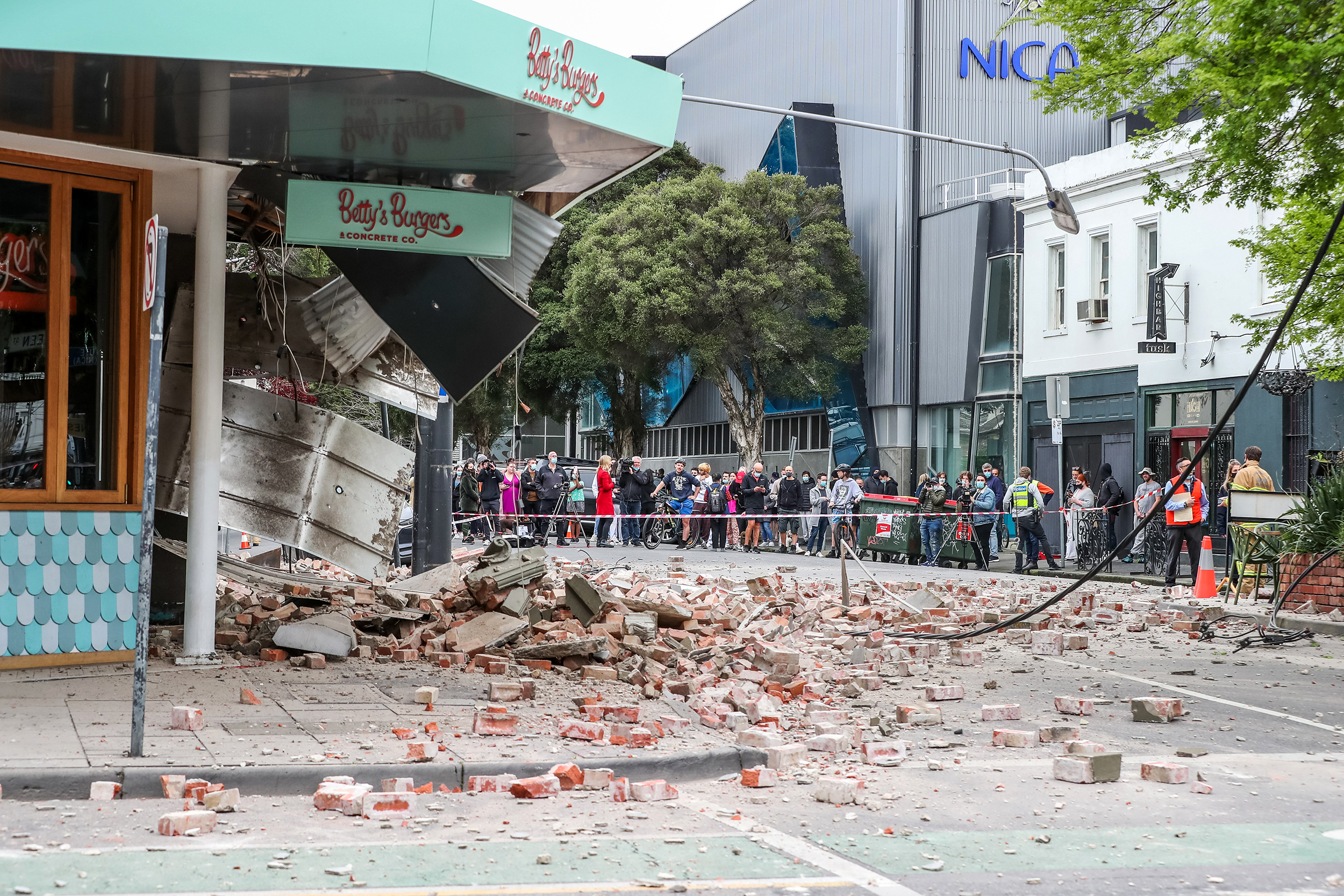 There were no immediate reports of injuries following the earthquake shortly after 9 a.m. local time (7 p.m. ET Tuesday).

The U.S. Geological Survey said the earthquake had a depth of about 10 kilometers, or 6.2 miles. There was no threat of a tsunami, officials said.

The epicenter was south of Mount Buller, which is around 90 miles northeast of Melbourne.

Photos showed damage to a building in Melbourne, with bricks from a facade littering a street.

A woman in the Melbourne suburb of Carrum Downs told Seven News that she ran out of her house.

“The walls were moving,” she told the news organization.

Prime Minister Scott Morrison, who is in Washington, D.C., said there have been no reports of serious injuries.

“It can be a very disturbing event, an earthquake of this nature. They are very rare events in Australia, and as a result, I am sure people would have been quite distressed and disturbed,” Morrison told reporters.

South Australia Police said the earthquake was felt in Adelaide, which is around 45 miles from the area of the epicenter. It said there was no damage in the state, which borders Victoria.