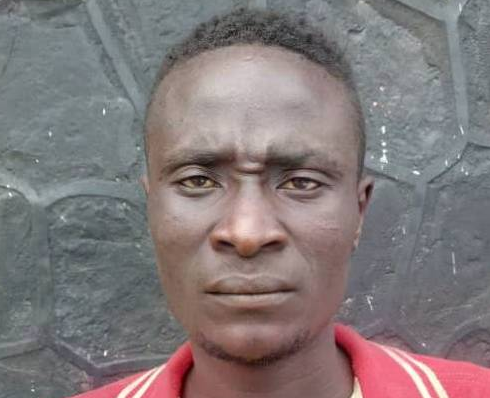 26-year-old Pwadimadi Zeham, pictured above, has been arrested by men of the Adamawa state police command, for allegedly raping a four-year-old girl in the state.

Disclosing this to newsmen, the spokesperson of the police command, DSP Suleiman Nguroje, said Zeham was arrested last Thursday July 23 in Numan town in the state after he allegedly had carnal knowledge of the little girl.

The suspect, who happened to be a close neighbour to the victim, took her into his room on July 23 and had carnal knowledge of her.

The mother, upon noticing the unusual behaviour of her little baby, closely monitored and observed sperm in her private part, hence she reported.

The victim is now undergoing medical screening while the suspect is taken into custody for investigation and prosecution.” Nguroje said