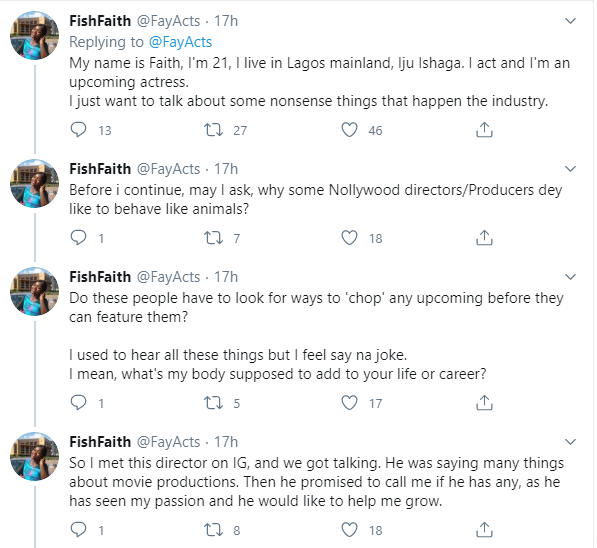 A 21-year-old up and coming actress has claimed that a movie producer demanded sex from her for a role and when she refused, he informed her he would be giving the role to someone else.

The Twitter user, who gave her name simply as Faith, said she met the producer on Instagram and told him of her passion and he promised to help her grow.

She added that he called her for a role one day and when she got there, she was given a script. She discovered it was the lead role and she was excited.

However, as she began rehearsing, the producer, who she said is in his 40s, allegedly started asking her to date him and promising to help her advance in her career if she does.

She said she refused so he informed her that he will have to call another woman to play the role.

She questioned why it has to be this way and advocated for people to be given roles based on their talents, not because they agreed to date producers. 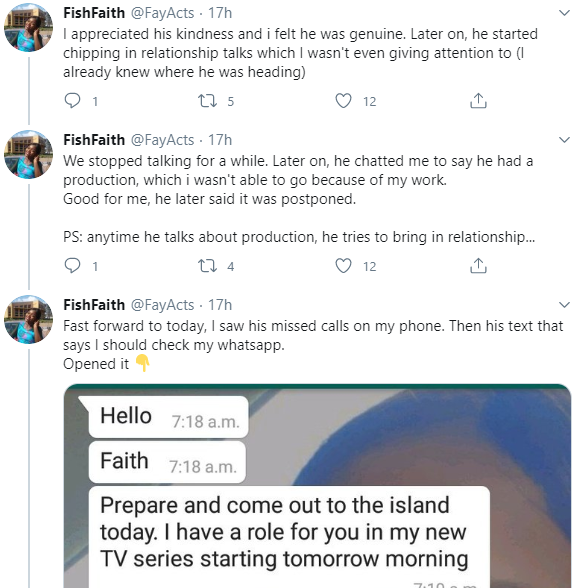 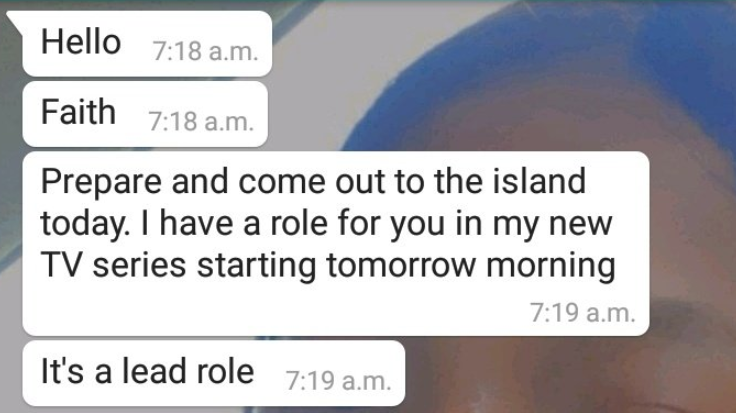 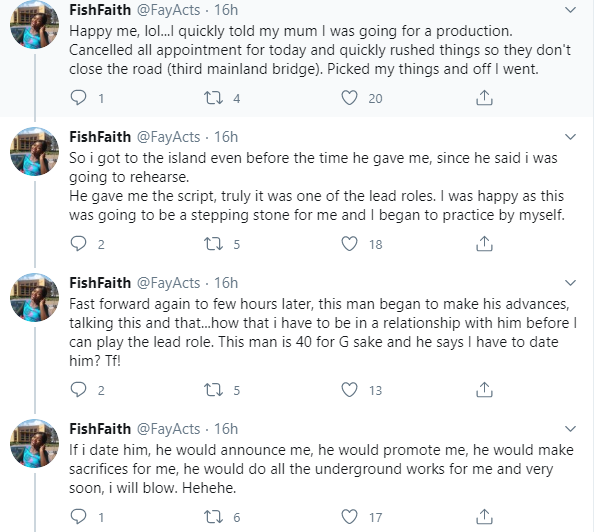 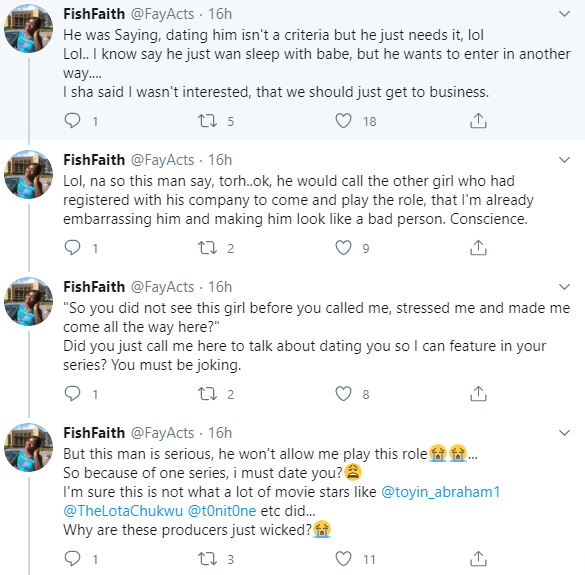