Ahead of the 2023 All Progressives Congress, APC’s primary elections, Governor Dave Umahi of Ebonyi State has purchased the Expression of Interest and Nomination form.

The form, which was billed to be sold out for N100 million, was purchased by the governor on Thursday in Abuja.

The Kogi State Governor, Yahaya Bello was among the first presidential aspirants to have purchased the APC form since the party commenced selling to interested members.

Francis Nwaze, spokesman of Governor Umahi, who disclosed the development in a post on his official Facebook page, claimed that his boss is more capable than other presidential aspirants.

He said, “The Governor of Ebonyi State, and All Progressives Congress Presidential Aspirant Engr David Umahi, has purchased his Expression of Interest and Nomination forms to contest for the office of the President of the Federal Republic of Nigeria.

“Nigerians, the time is now. Let all hands be on deck to ensure that Governor David Umahi gets the APC ticket. He is the man that the cap fits and he has ticked all positive boxes right.” 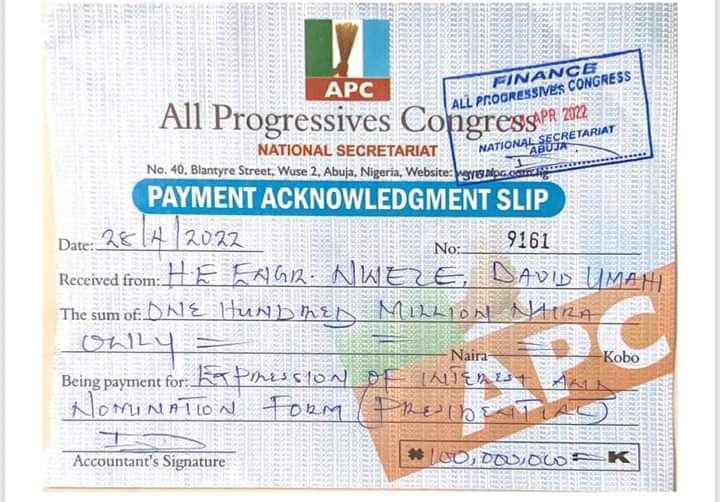