Speaker of the House of Representatives, Femi Gbajabiamila, was in attendance on Friday when Senator Ibikunle Amosun picked his N100m nomination form to contest for the presidency.

Amosun, who formally declared his presidential ambition on Thursday, was also seen in photos with the National Chairman of the All Progressives Congress (APC), Abdullahi Adamu; the APC National Secretary, Sen. Iyiola Omisore; Senator Tolu Odebiyi of Ogun West; Nigerian High Commissioner to the United Kingdom, Sarafa Tunji Ishola and others.

In a tweet on his verified handle, Gbajabiamila said he and some lawmakers met Amosun at the APC secretariat when they paid a courtesy call on the APC Chairman over some party matters.

“I just paid a courtesy call on our APC National Chairman alongside some lawmakers on party matters in the House of Representatives. Also met APC Presidential Aspirant, Sen. Ibikunle Amosun who was also at the National Chairman’s house alongside his supporters,” the Speaker tweeted. 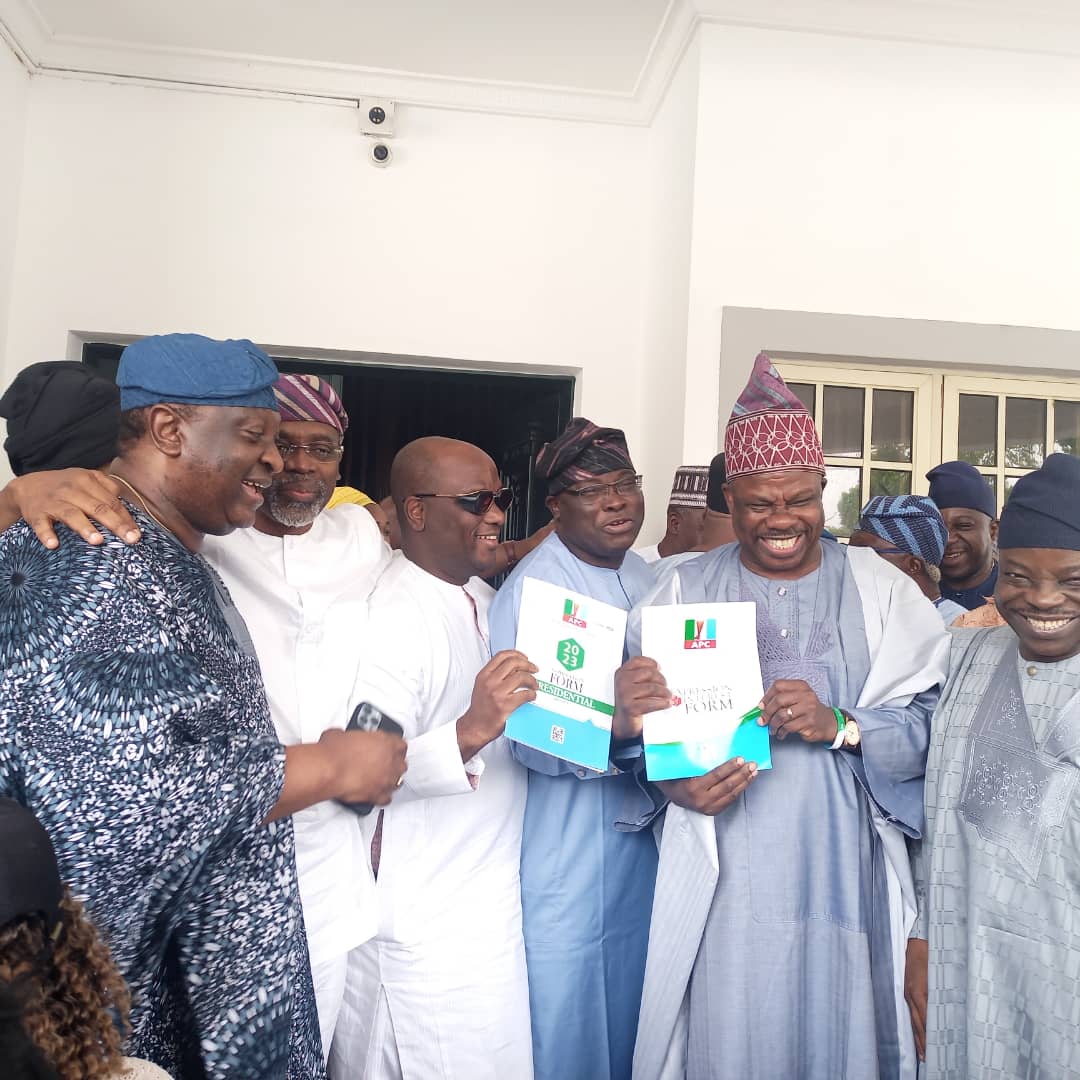 But, some observers have reacted that Gbajabiamila made the clarification to avoid running into troubles with another presidential aspirant, Bola Tinubu, who is known as his political godfather.

Newspot reports that Amosun was the governor of Ogun State from 2011 to 2019.

He is presently the Senator representing Ogun Central Senatorial District at the red chamber.