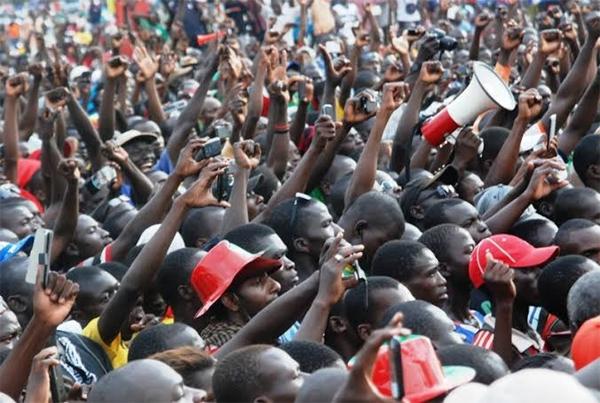 THE state of things: Saturday, July 24, 2021 was instructive. I left my house armed with my voter’s card, my breakfast of hot pap and moin-moin, my laptop, iPad and power banks, ready for a long day. I was committed to casting my vote in the Lagos State local government elections.

I recall having had prior conversations with many people who are sincerely tired of the status quo. We encouraged one another to go out in our numbers to vote. But when I got to my ward, #013 on Admiralty Road, Lekki, at around 9.00 a.m, I met only a few people, mostly men. I felt deflated. Here we were on election day, with just a handful of voters at the polling booths!

While we waited for the Lagos State Independent Electoral Commission, LASIEC, officials, some of us decided to drive around VI and Lekki, covering about eight wards. To my chagrin, the situation was generally the same: low turnout, notably very few women, and delayed election materials.

At that moment, I realised that we, the electorate, have a lot of work to do. I picked up my phone and started calling the women I knew, challenging them about their lack of commitment. My issue was not who they would vote for; but, instead, their disengagement with the electoral process.

Hours later, at around 3 pm, LASIEC officials arrived, and I could finally vote. Enough of the complaints about our government! If we, the citizens, will not exercise our power and rights on election day, will the government do that for us? If we honestly and truthfully desire a change, it must be disruptive.

We must be willing to exercise our voting rights as good citizens of Nigeria and drive that change at whatever cost.

Nigeria at 61: Who are we? Nigeria is a country of great people. With a population of about 200 million, our country is rich in natural resources. We are blessed with a multi-talented, creative, youthful population. We are home to diverse ethnicities with a rich cultural heritage.

Nigerians blaze a trail in various fields, including entertainment, creative arts, medicine, technology, research, agriculture, international development, and the arts. Our talent is in demand worldwide. Countries vie to attract Nigerians as key workers. This begs a critical question: What do others see in Nigerians that we don’t see in ourselves?

As great as she is, Nigeria is plagued with challenges. Our political leadership has truncated our national growth and development. Post-independence, selfless leadership and good governance continue to evade us. We have become the poverty capital of the world. Nigerians at home and abroad worry about how to transform the country.

I believe that the required transformation hinges on three things: igniting the office of the citizen; forward-thinking political leadership; and strong, corruption-free institutions. We must realise the power we wield as citizens and exercise it, first by registering to vote! This is a critical task.

Doing for your country starts with getting involved in important discussions. For example, by lending your voice to debates about issues that will uplift society, build productive communities and create an empowered and prosperous citizenry. Wielding your power starts with understanding the system and being interested enough to know what happens in your space politically, economically and socially.

For example, local governments are the closest tier to the people. But one reason for the abysmal turnout recently was that many middle – and upper-class Nigerians don’t relate with local governments, despite their direct responsibility for our basic social infrastructure and amenities. Another reason is many of us no longer believe that our votes count.

But they do. Politicians understand this, and that is why some of them will pay for your vote.

In 1993, we had the freest, fairest, and most peaceful election in the history of Nigeria. Notably, the election showcased the power of the citizen. Amidst the fear and uncertainties of the time, citizens, tired of the status quo, elected M.K.O. Abiola as President of the Federal Republic of Nigeria.

The population at the time was about 100 million, of which half were adults eligible to vote. Less than 15 million people voted, just under one-third of those eligible. And yet, that relatively small number sowed the seed for our democracy today. That is the power of the office of the citizen.

Twenty-two years later, in 2015, Nigerians again clamoured for change. The population had grown to over 180 million, of which about half were adults eligible to vote. 69 million people registered to vote, and over 40 per cent turned out. What the populace clamoured for was achieved: President Goodluck Jonathan was voted out, and President Muhammadu Buhari was voted in. Today, 102 million adult Nigerians are eligible to vote.

Can you imagine the power citizens would wield if only half of that number were mobilised? Imagine the impact, power and outcome if eligible voters registered and actually voted! The point here is this: there is tremendous power in the office of the citizen.

A call to action for Nigeria’s elite: I want to appeal directly to Nigeria’s elite, and in particular, two critical groups: youth and women. To our detriment, we have chosen to ignore the enormity of the power of the office of the citizen.

But I must remind you that we wield so much power. We must be intentional about the future we want. Our collective future is at stake. My task for the elite is that they leverage their experience and influence to drive transformational change. We need an elite consensus devoid of tribal and religious differences.

Money or influence cannot shield any of us from the effects of weak leadership and poor governance. Policies made when you are absent will affect and impact your family, your business and your life. There is no reason why captains of industry and visionary leaders with proven track records should not run for office.

We cannot continue to hide behind the age-long take of politics being dirty. It has remained dirty because only a handful of good people dare to run. If we are to have a new Nigeria, we must all play our parts by getting involved.

Register to vote. Vote. Better still, run for office. Arthur Ashe once said: “Start where you are. Use what you have. Do what you can.” Start today. You can make a huge impact right now. We need a total culture reorientation, so let it start with you. Let’s ensure that our workforces register by making it convenient for them to do so. Lead by example and use your moral authority. You matter! Don’t be deceived, discouraged or derailed.

The youths: I am proud of your preparedness for the 2023 elections. A staggering 71 per cent of newly registered voters are youths. I am also aware that many of you do not feel valued as citizens.

You have been victims of a country that seems not to care about its most vital asset. The police brutality leading to the #EndSARS protests, the high unemployment rate, and the recent Twitter ban all threaten to silence what voice you have left. And I know that many of you are eager to “japa” to countries that value you and will protect you.

I will, however, appeal to you to remain engaged.  While you may seek greener pastures, do not forget your relatives and friends fighting for a great Nigeria because of their passion or lack of options. Let us continue to lend our voices to issues that matter, take our seats at the table, register to vote, and use our resources to ensure that we have a place to come back to whenever we want.

Your vote is your power and your voice. Please do not lose it. You have a stake in this country. You have the numbers, and you can move the dial. Never forget that youths ran Nigeria in its early days. General Yakubu Gowon, General Muritala Mohammed, President Shehu Shagari, General Olusegun Obasanjo and General Muhammudu Buhari were all youths!

The women: This quote by Margaret Thatcher resonates with me: “If you want something said, ask a man; if you want something done, ask a woman.” We are breaking the glass ceiling in the corporate sector, rising as entrepreneurs, and taking our place in the public sector but seriously lagging on the political scene; as members of the electorate and as office-holders. At this critical time in our nation’s history, we need the women to arise, pull their weight and get Nigeria working.

Countries like Rwanda, Iceland, New Zealand and Germany show us how much we can accomplish if women work together. Having spent more than 30 years in the corporate world, I know just how busy life as a woman can be. I also know that we have the tenacity and capacity to constitute an effective and strategic electoral demography.

Imagine the impact if we applied our natural emotional intelligence, nurturing instincts and community-building skills to organizing within our families, neighbourhoods, social and professional groups, and ultimately, our nation.

The charge, therefore, is for us to use our influence and voting rights for the benefit of future generations. Imagine the power of 50 million Nigerian women registering to vote and voting in concert! If illiterate, working-class women can come out to vote, then we have no excuse as professional women.

Politicians only usurp their rights at the polls because no enlightened female role models are nearby, protecting them by standing their ground. To my colleagues in the banking industry, particularly the eight female managing directors and three female chairs, female leaders in the FMCG and public sectors, and all other women in leadership roles, I appeal to you all to drive this change from within your organizations.

Let us incorporate policies that encourage our workforces to register online and go out to vote on election day. I have personally decided to be a voice that will drive the elite, including youths and women to register to vote. I implore you to join the movement. Your permanent voter’s card, PVC, is your passport at the 2023 elections.

INEC resumed the continuous voter registration, CVR, process on Monday, October 4. There are still 86 days left until the end of the year. Go out and register. Use your power in all your spheres of influence to ensure that others do the same. Finally, in the words of Oprah Winfrey, “Casting a ballot isn’t just something you do for yourself – it’s for our collective future.”

Adedamola Ladejobi: ‘Women should be intentional about their physical wellness’ | Newspot

Adedamola Ladejobi: ‘Women should be intentional about their physical wellness’ |...